A walk in the woods

Carita has a beach to the west, and a forest reserve behind it. Huge mahogany trees and other tropical giants form a canopy for palms, rattans, bamboo, ferns and creepers to create a wet steamy jungle not far from the sea. 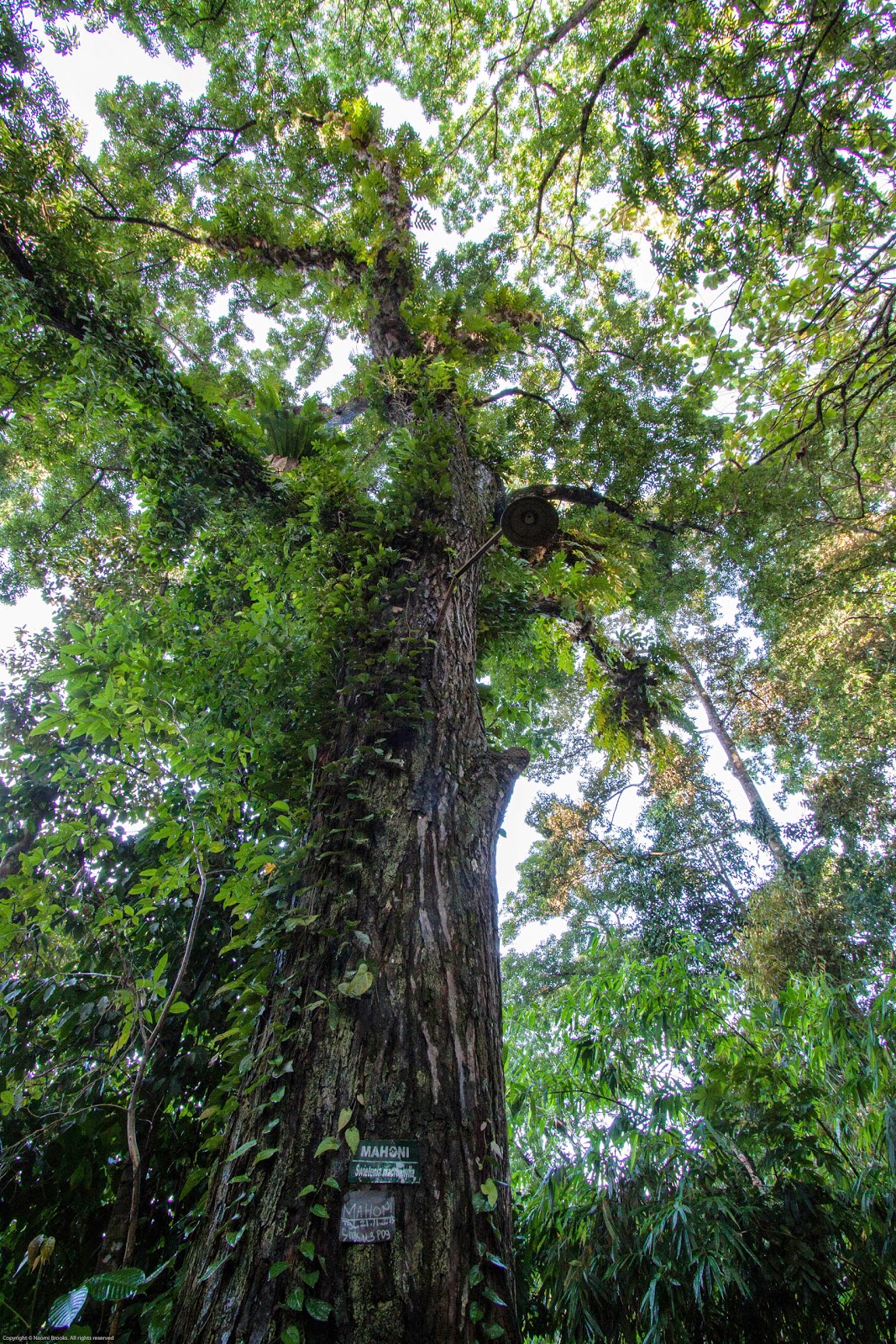 I left early to beat the heat, not that that's actually possible when the humidity sits in the mid 90s. Under the canopy it's fine, but once the sun shines through it's a sweat bath.

One of the things I have to get used to pretty quickly here in the tropics is the humidity. It isn't going away and no form of clothing can prevent the feeling of hot stickiness that envelops you within minutes of being without a breeze. It's not like I'm alone, everyone else is also sweating away, they just accept it, and take lots of showers. This really is a mindset, embracing the reality of sweaty clothes and moderate discomfort on a daily basis means I just live with it, and yes, take lots of showers. If I give in to the discomfort, then I can't possibly achieve the things I want to do, so the sooner I get used to my trousers sticking to my legs and that general ickiness around my neckline the better. And the trade off? Cold showers are looked forward to as enjoyable moments of refreshing coolness!!

So, back to the forest. I whipped out my trekking pole and began the ascent from the coast up the road which is also the tsunami evacuation route for the village. Just in case the water starts receding again!! The forest begins immediately, many of the trees actually being labelled with their names. It's quite the arboretum. 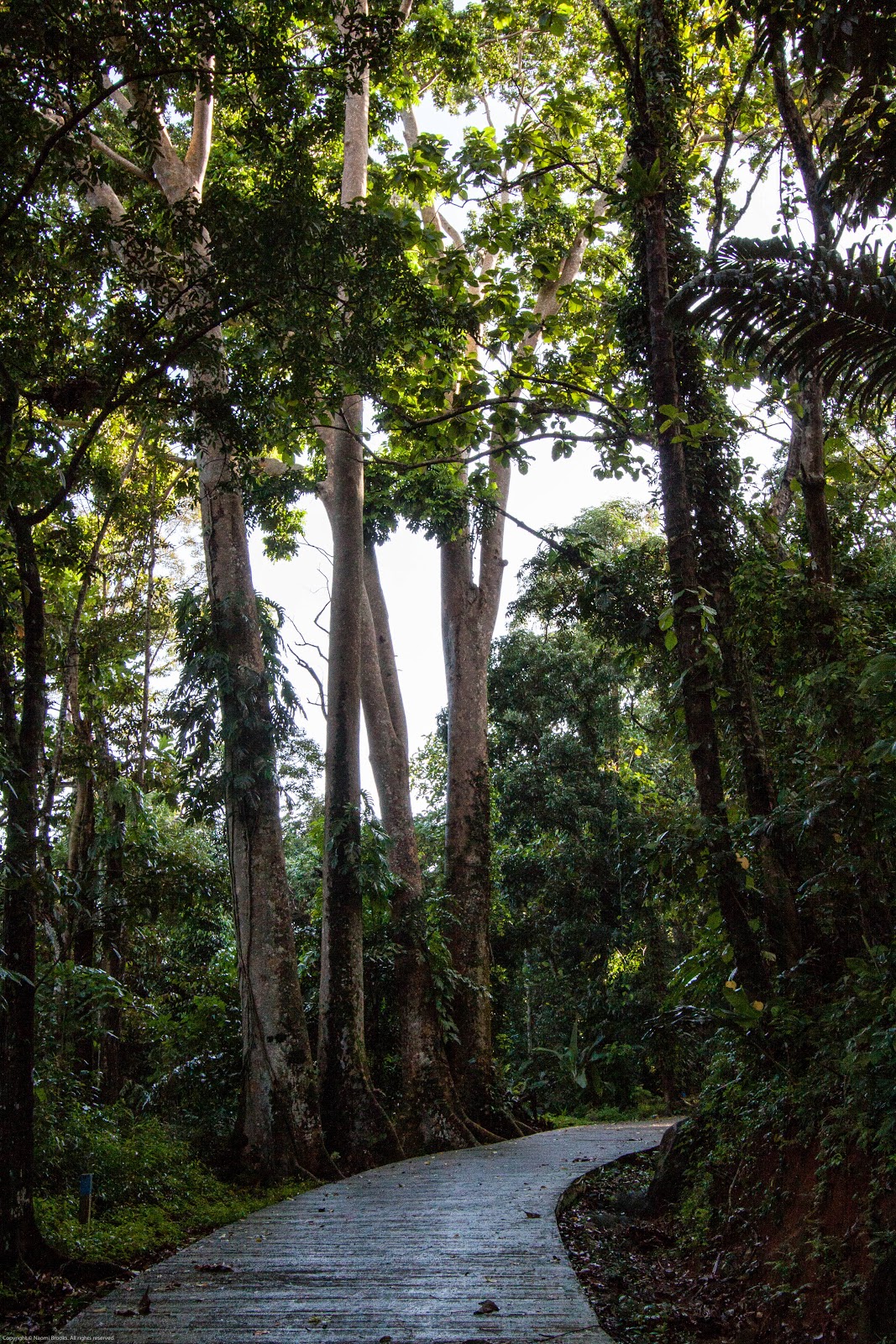 At the end of the road is a resort and camping site looking out over the bay. It's deserted this early in the morning mid week so I check out the uninspiring view then head back down the hill, past the mustering point for the tsunami evacuees, and turn onto the track to the waterfall. Initially it's a carefully constructed track of stones placed to prevent erosion but after a kilometre or two it finishes at a parking spot and the walk along a narrow jungle path begins. Insects and birds make a cacophony of sound, skinks dash from the path where they are sunning themselves, and I see an absolutely enormous millipede. Later I see a second one, which I manage to photograph, but the first one I saw was at least twice as big again! 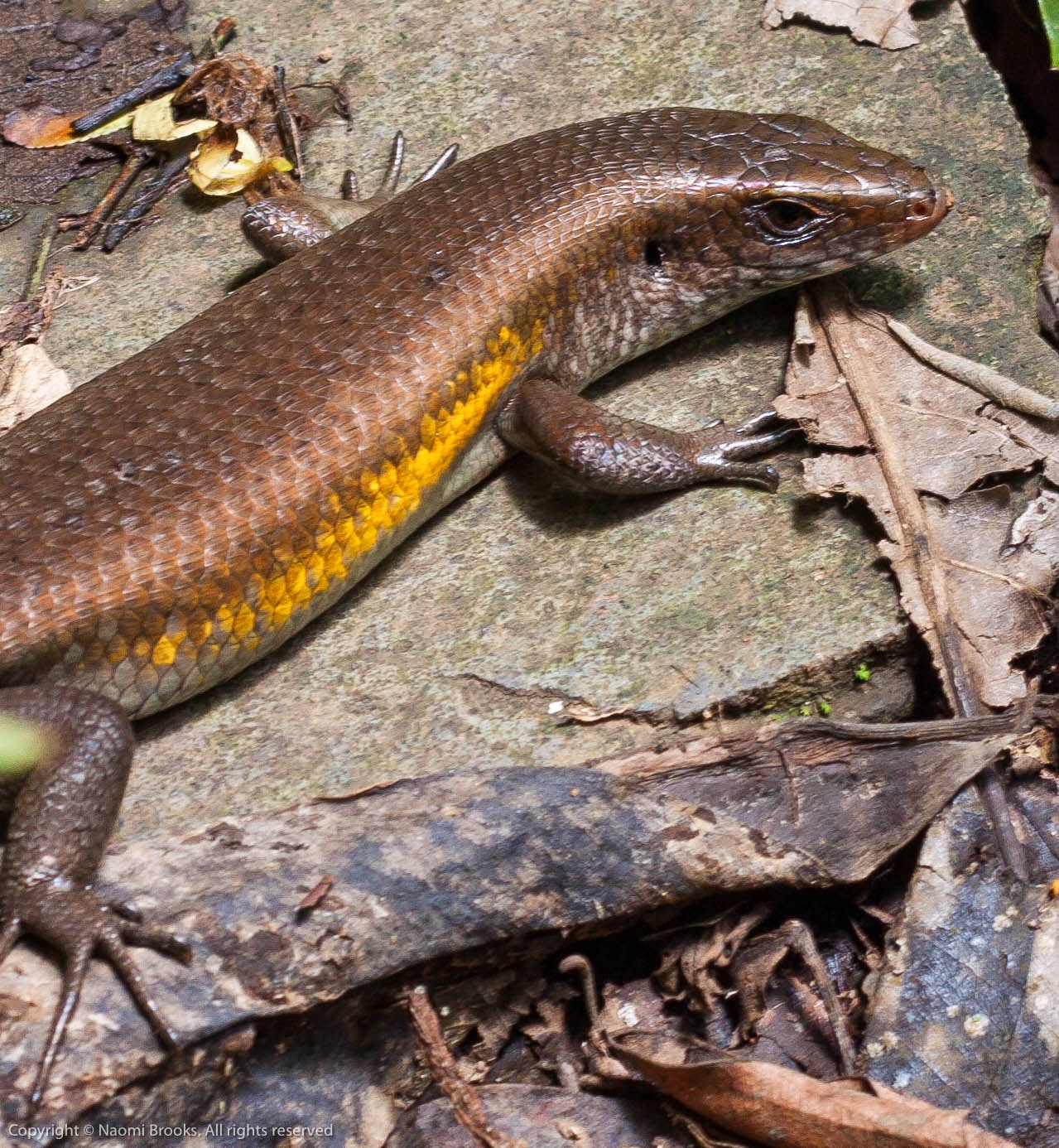 I make some detours down to the river and begin playing with taking photographs of the moving water on long exposure. I've brought along a variable neutral density filter, as well my 9 stop ND filter, so I spend some time experimenting with exposure times and trying to get that elusive dreamy shot. The sun kept coming in and out from behind clouds, creating a lot of high contrast on the water, so I needed to wait for the diffused light of a clouded sun. Taking my photography more seriously is one of my aims for this trip, so it means taking my time doing so.

Back on the main track it's a few more scrambles across mini streams and waterfalls to the main attraction. The waterfall is called Curug Gendang, which in Sundanese language (what the locals speak around here) means Drum waterfall. This is because the sound of the 7m cascade hitting the pool below sounds like drums being beaten. 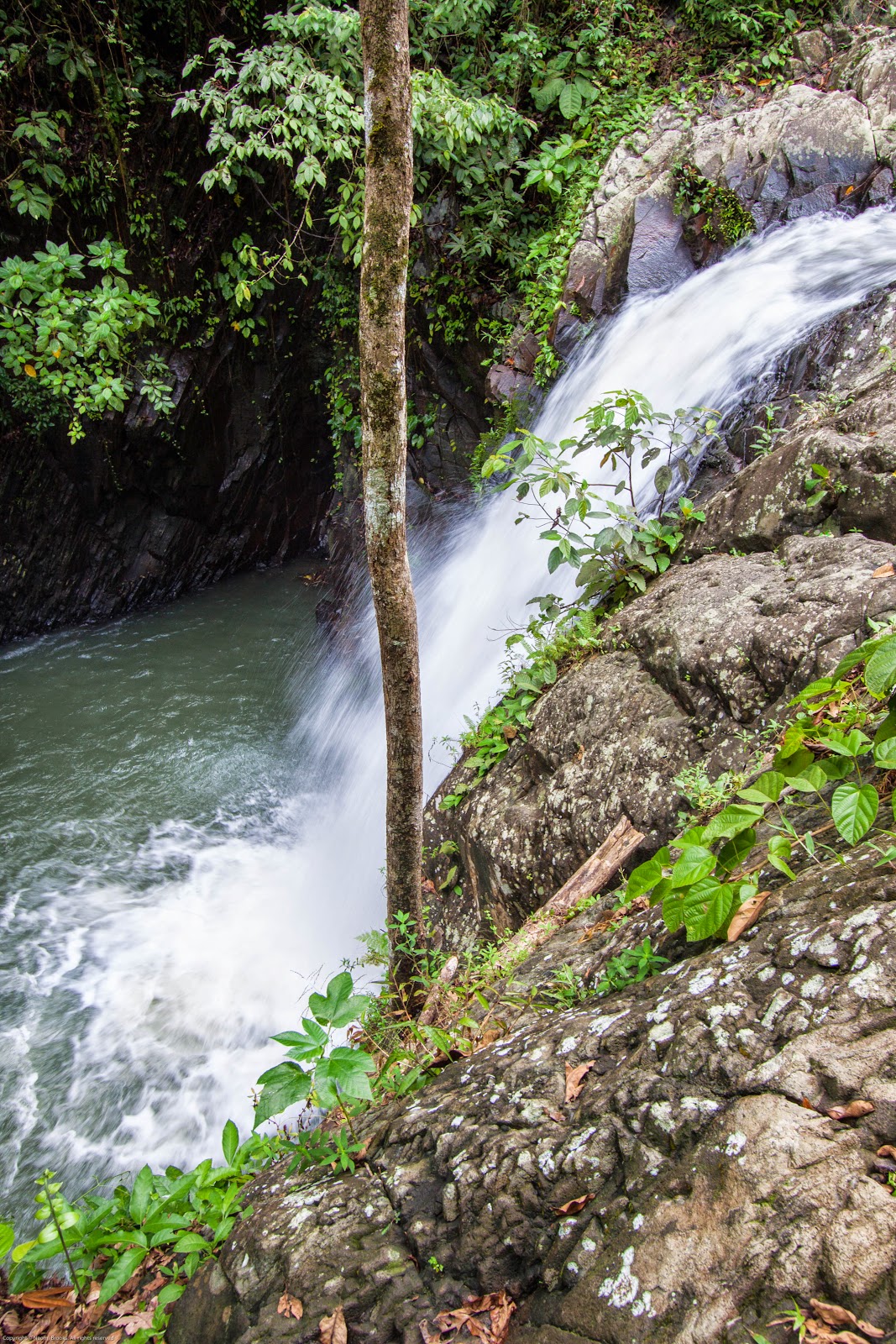 Unfortunately there isn't a good vantage point to get a decent shot of the falls from below. Unless I swim there! This place is pretty spectacular though, and there are numerous cascades above the main falls, and some serene pools below it, with sheer walls covered in tropical greenery. And best of all I have the entire spot to myself!! 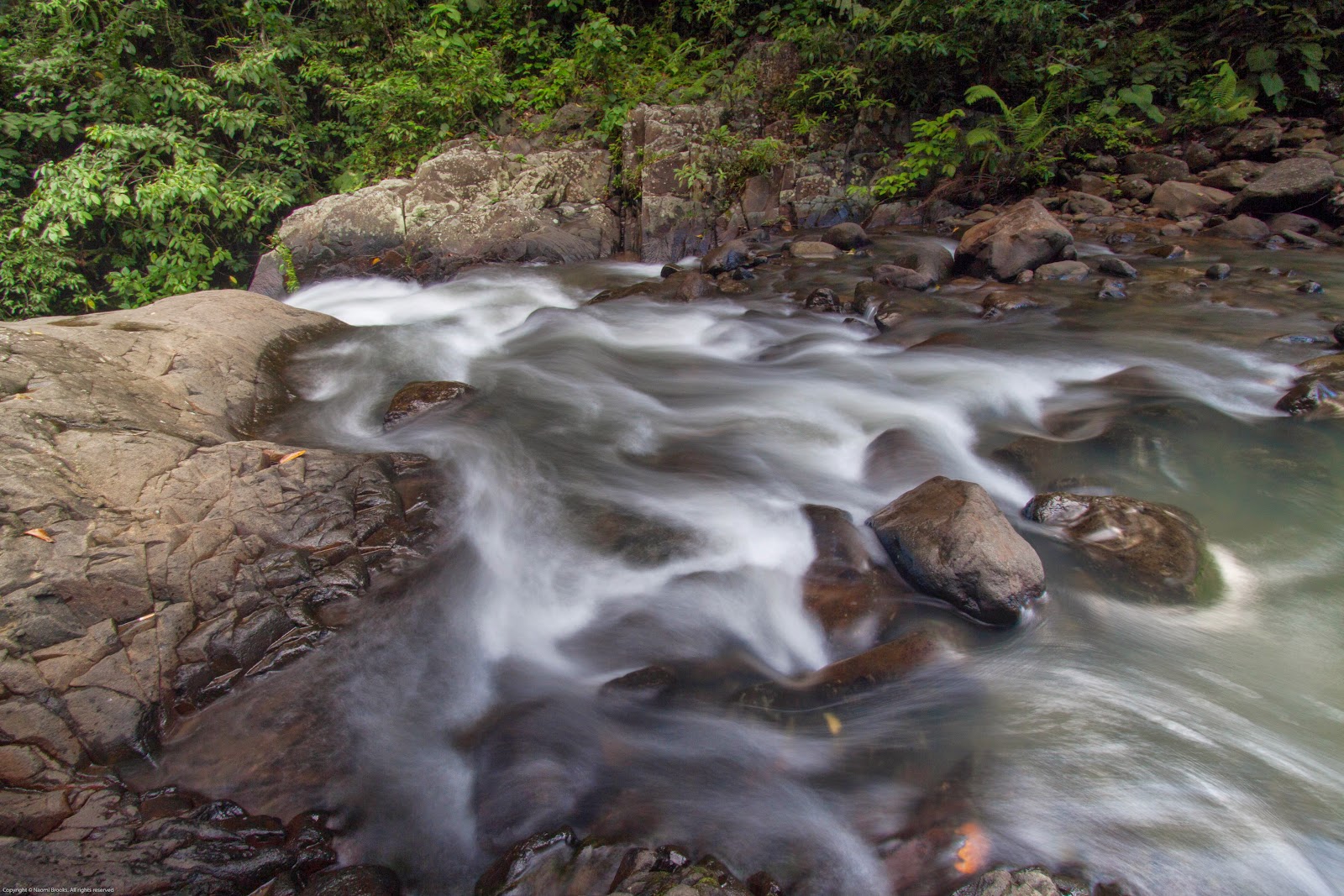 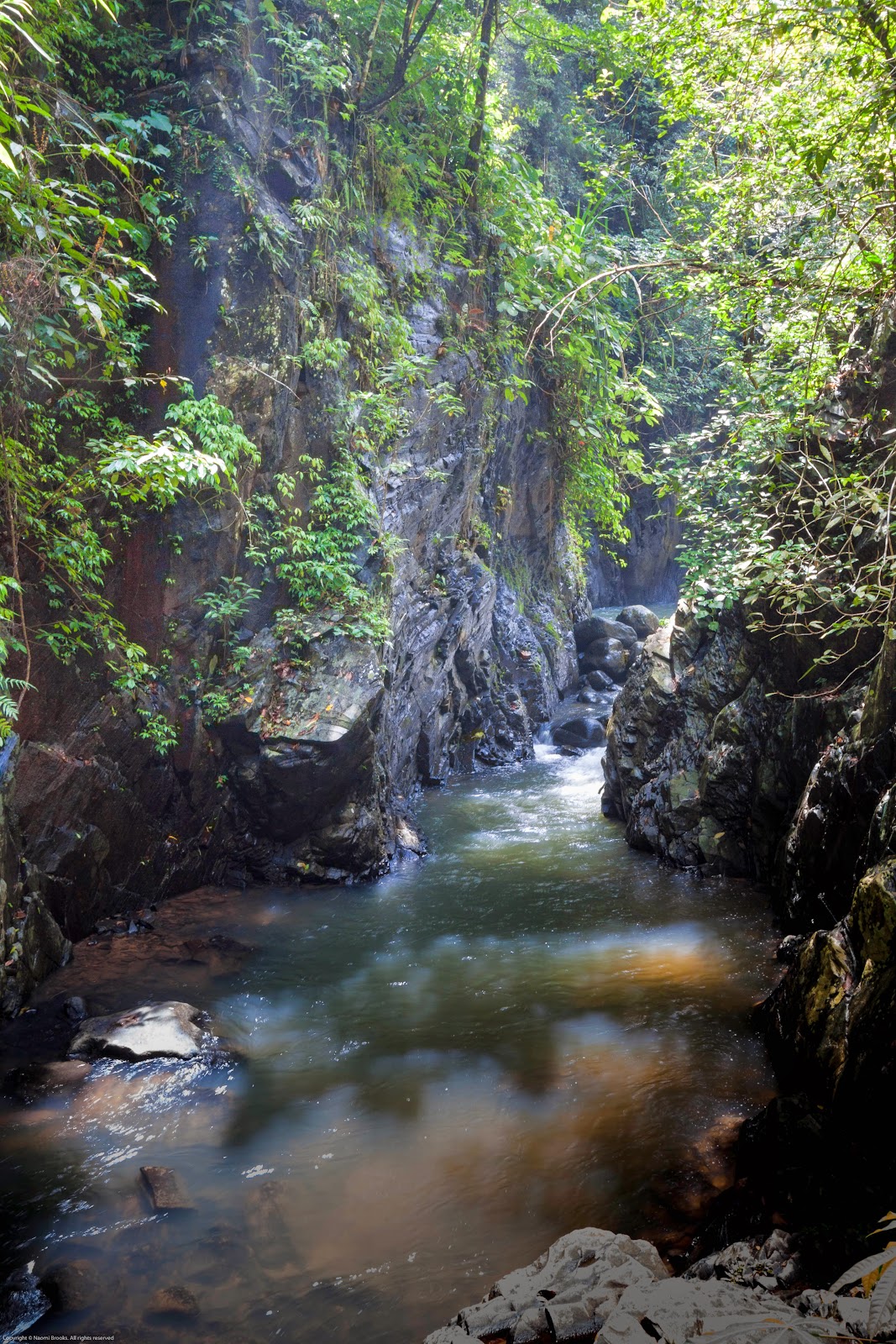 Only as I leave do I pass others coming to enjoy the falls, the benefit of leaving early I guess. On the walk back I manage to sneak up on some skinks to get some shots, and also find a few colourful insects. 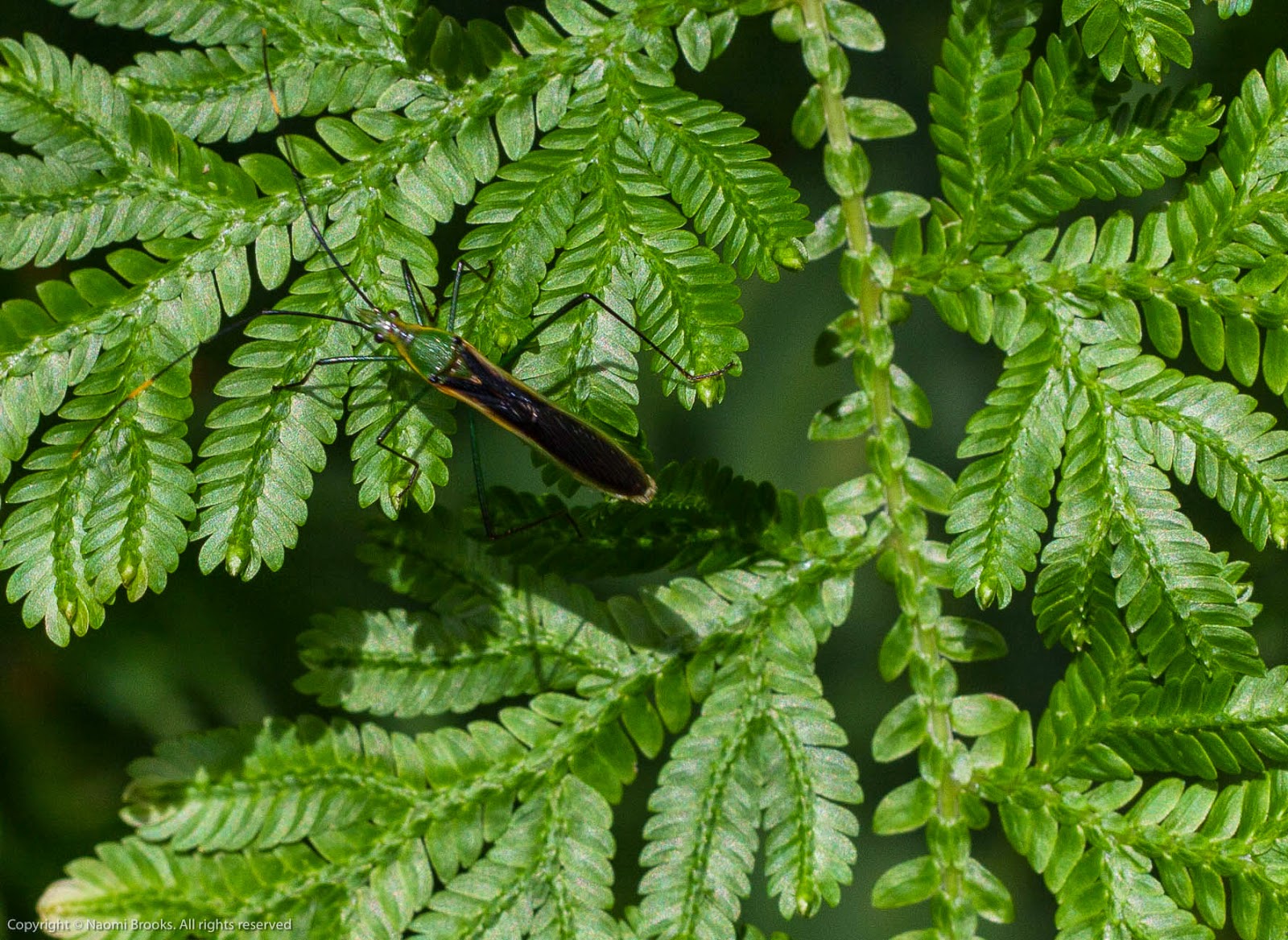 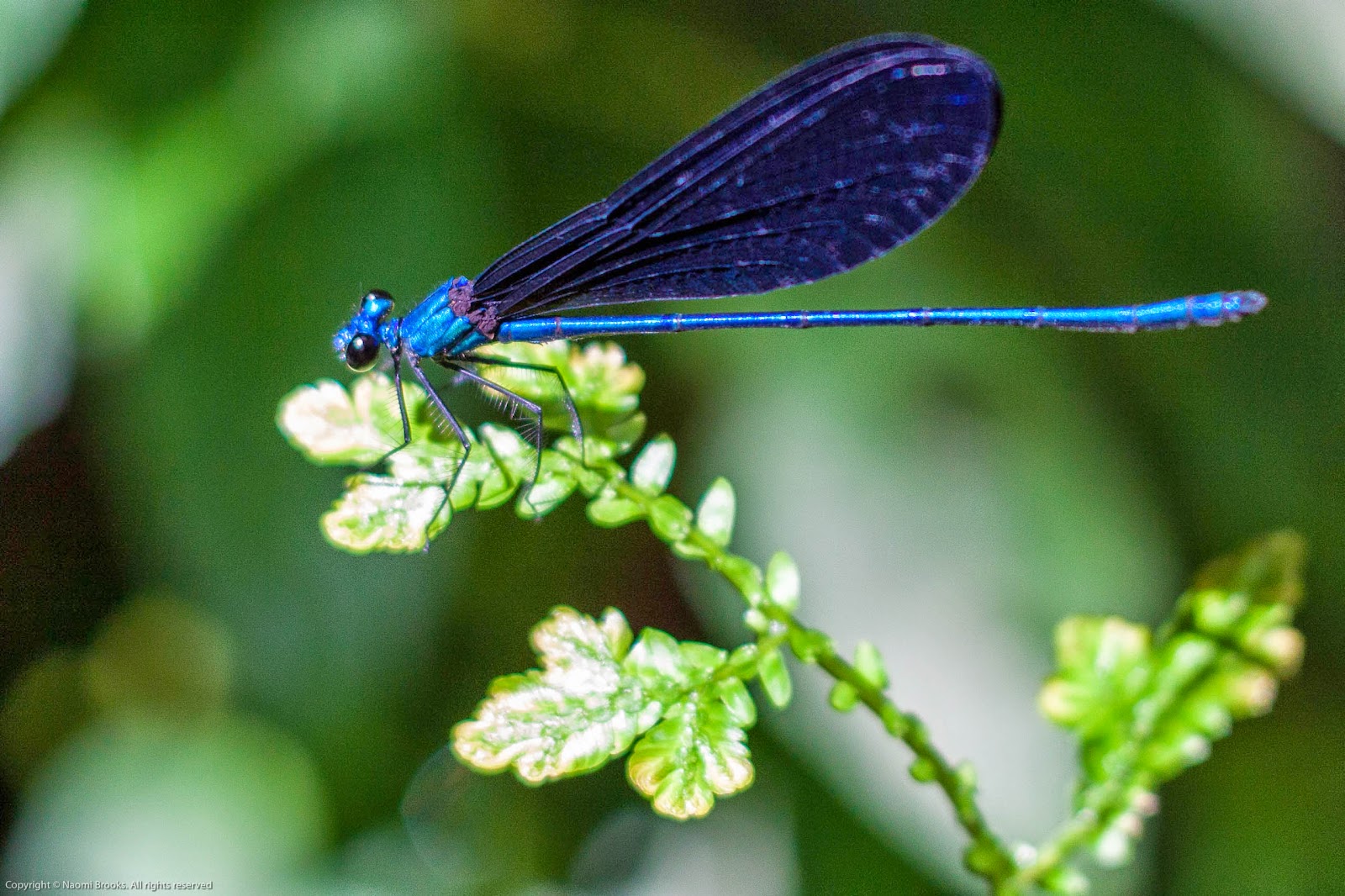 I walk back along the beach, a sandy expanse shaded by tropical giants and lined with some pretty uninspiring accommodation options. The locals have a holiday today, as it's voting day for the legislature (presidential elections are in September). Many are enjoying the beach, floating along on inflated car tyres and occasionally being dumped by the small shore break. No bikinis here peeps, everyone wears their clothes into the water, including the men.

Back at my hotel I have a refreshing cold shower, wash my muddy sweat encrusted clothes and take time out to review my photos. You can find them all here.

I also recorded some audio from the forest and waterfall which you can find here. I haven't yet worked out how to embed the audio into the blog, so you need to download the files to play them on your device. Enjoy!