New York is the Big Apple, Jakarta is the Big Durian. Only the smell is even more unpleasant than the fruit! 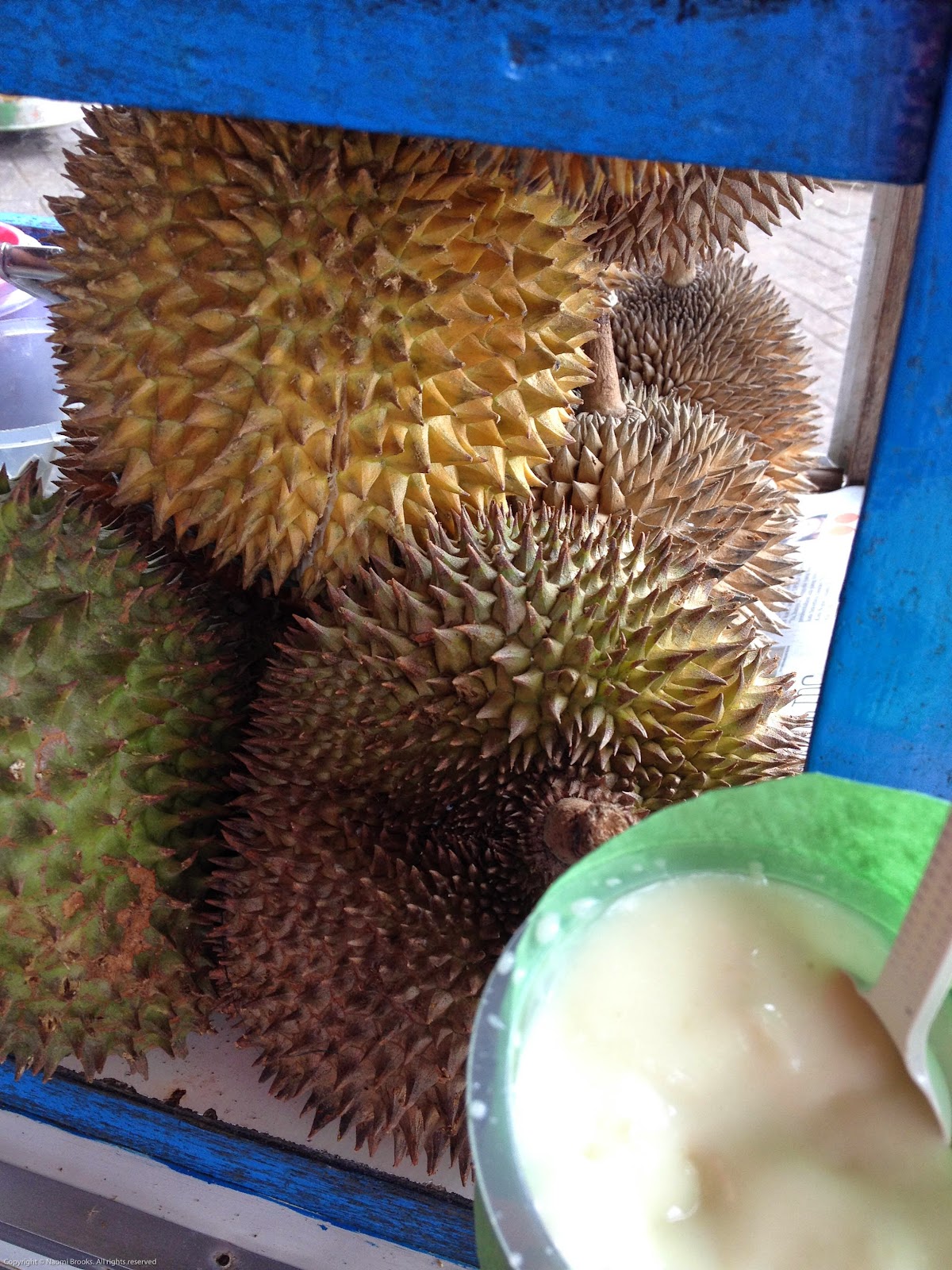 Bogor is connected by a commuter train line with the capital. Rather than traipse my backpack through the streets finding accommodation, and then back out again it's easier to throw the iPhone and Olloclip in my pocket and jump on the train for the day. Especially when the trip costs $1 return! 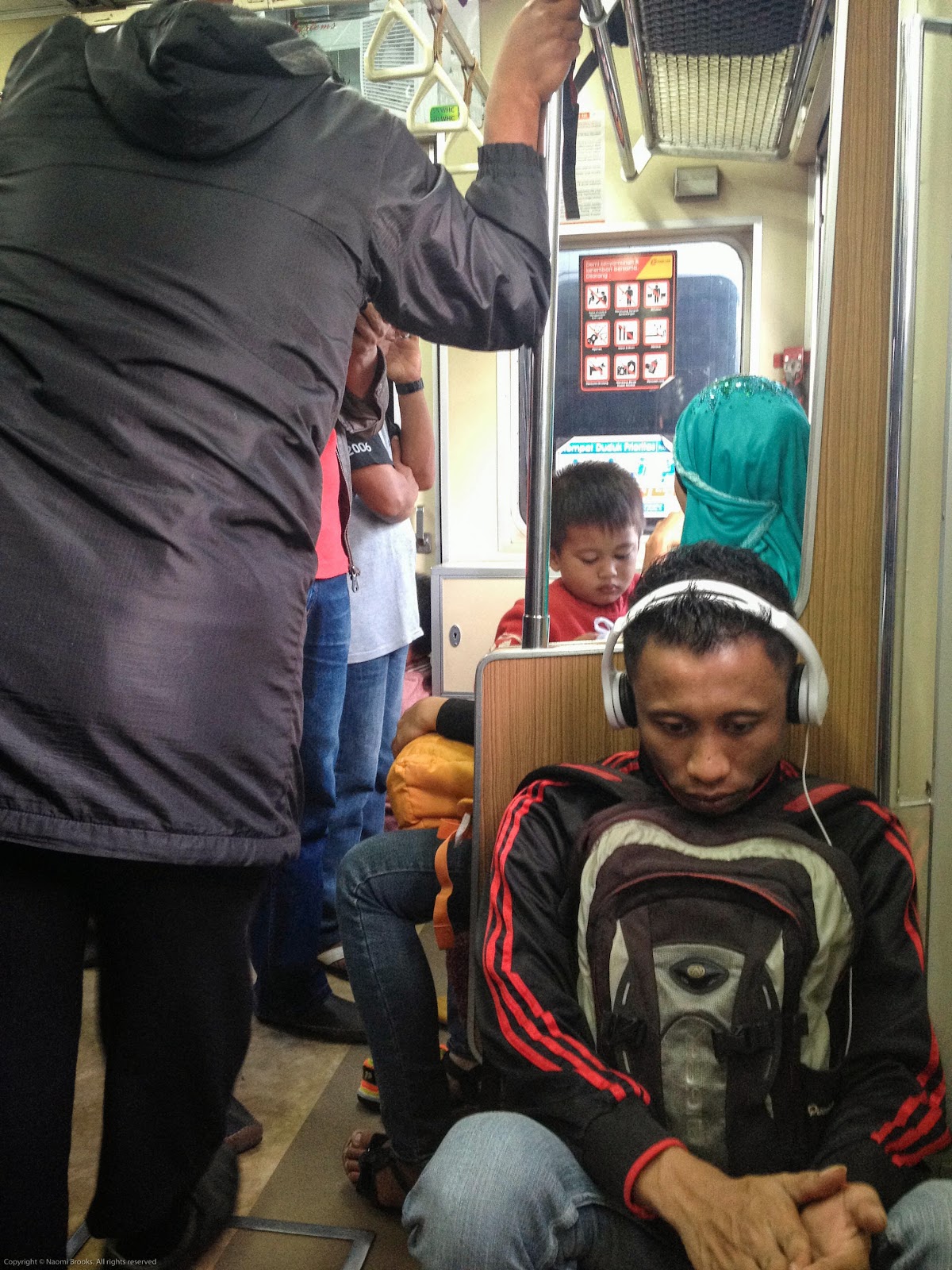 I wasn't quite sure what to expect as far as crime and pickpocketing was concerned (Jakarta gets some pretty bad press from the travel and expat communities) so decided not to take the big camera and just use the iPhone for the day. It made me less of a target. As it turns out, I shouldn't have been concerned, and the battery ran out on the iPhone so it's not a viable option anyway.

The train takes just less than 2 hours from Bogor to Jakarta Kota. Make sure you get on the right train in Bogor as trains also go to Tanah Abang and Jatinegara. I realised I was on the wrong one, but it's easy to just swap trains at Manggurai or any of the other stops before the train branches off. There are announcements at the train station, and on the train, or you can just ask a fellow passenger. 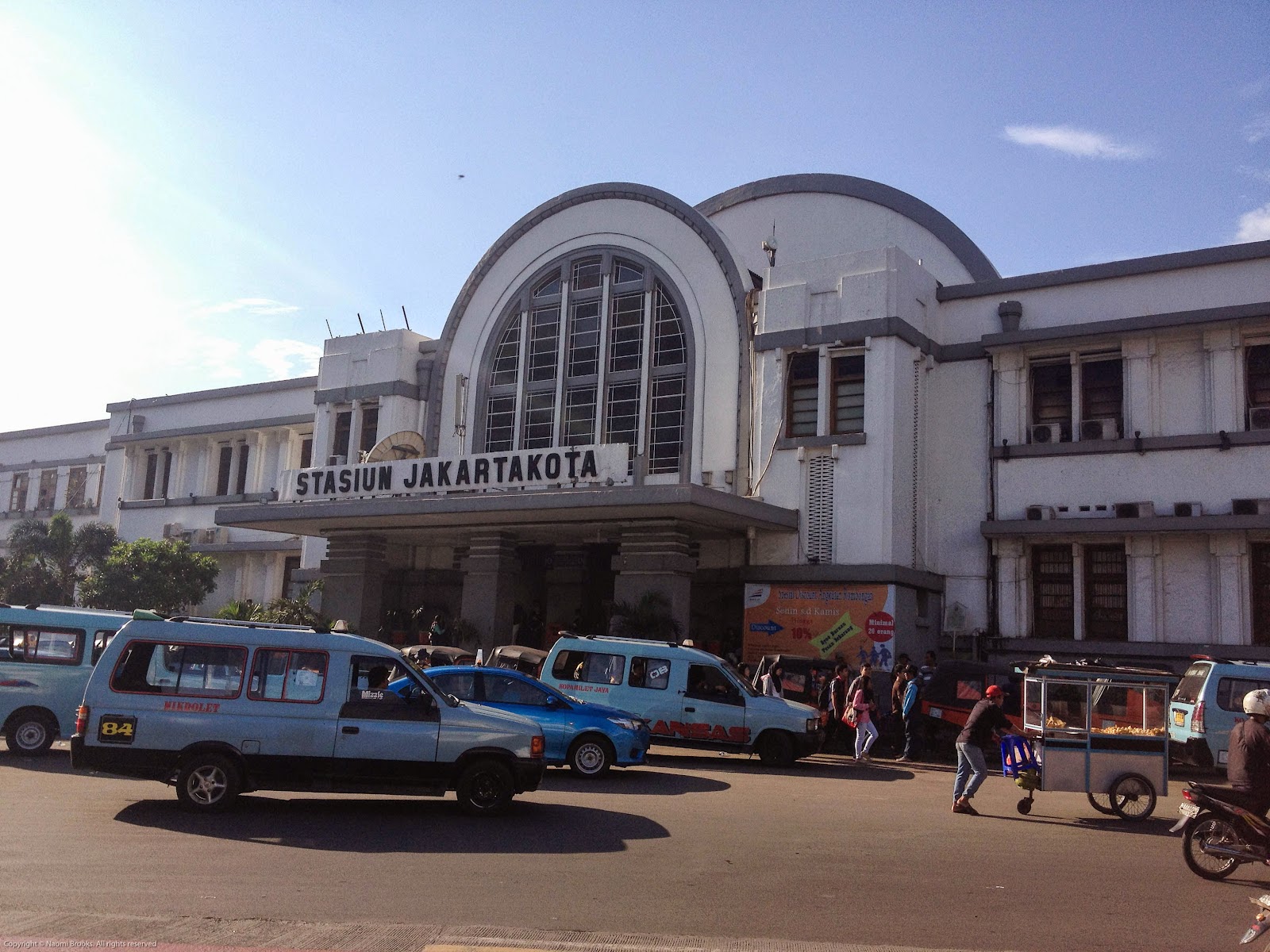 Jakartakota station was built by the Dutch and is an impressive building. It's in the north of the city near the old original town of Batavia, which is what the Dutch VOC called the city after they'd conquered the local prince and his sultan allies up the road in Banten. They constructed huge warehouses for their commodity trading - initially spices but they diversified - developed the port, built a walled city, and turned the Ciliwang River delta into a set of canals. Quite a lot like Amsterdam. 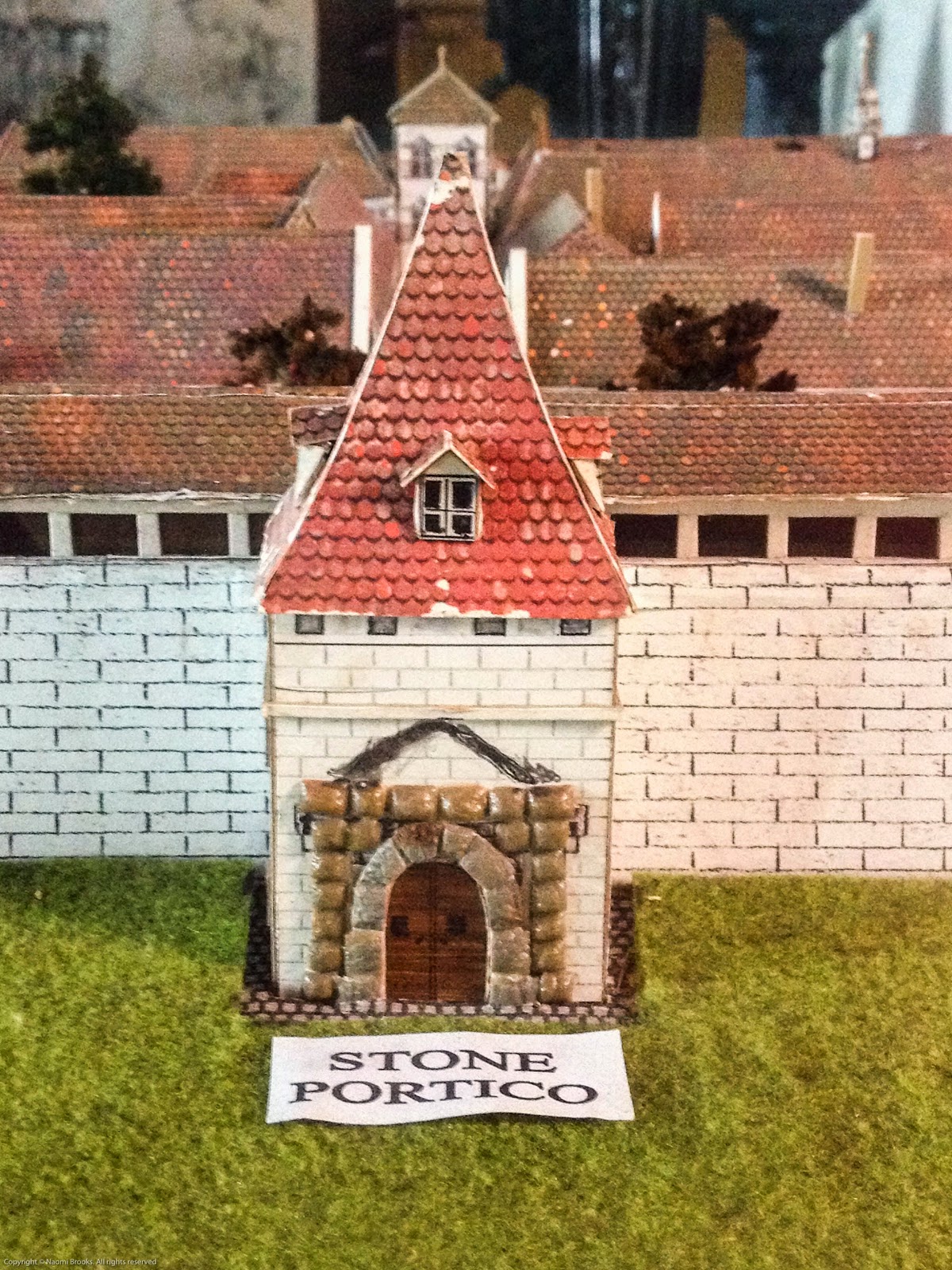 Along the way the ship carrying the vast gate portal (as ballast) for the fort got shipwrecked and sunk on a reef in the Houtman Abrolhos Islands off Geraldton. It's now in the maritime museum there. It's my link with this part of Jakarta's history. Houtman, by the way, was a VOC man and the first governor of Batavia. 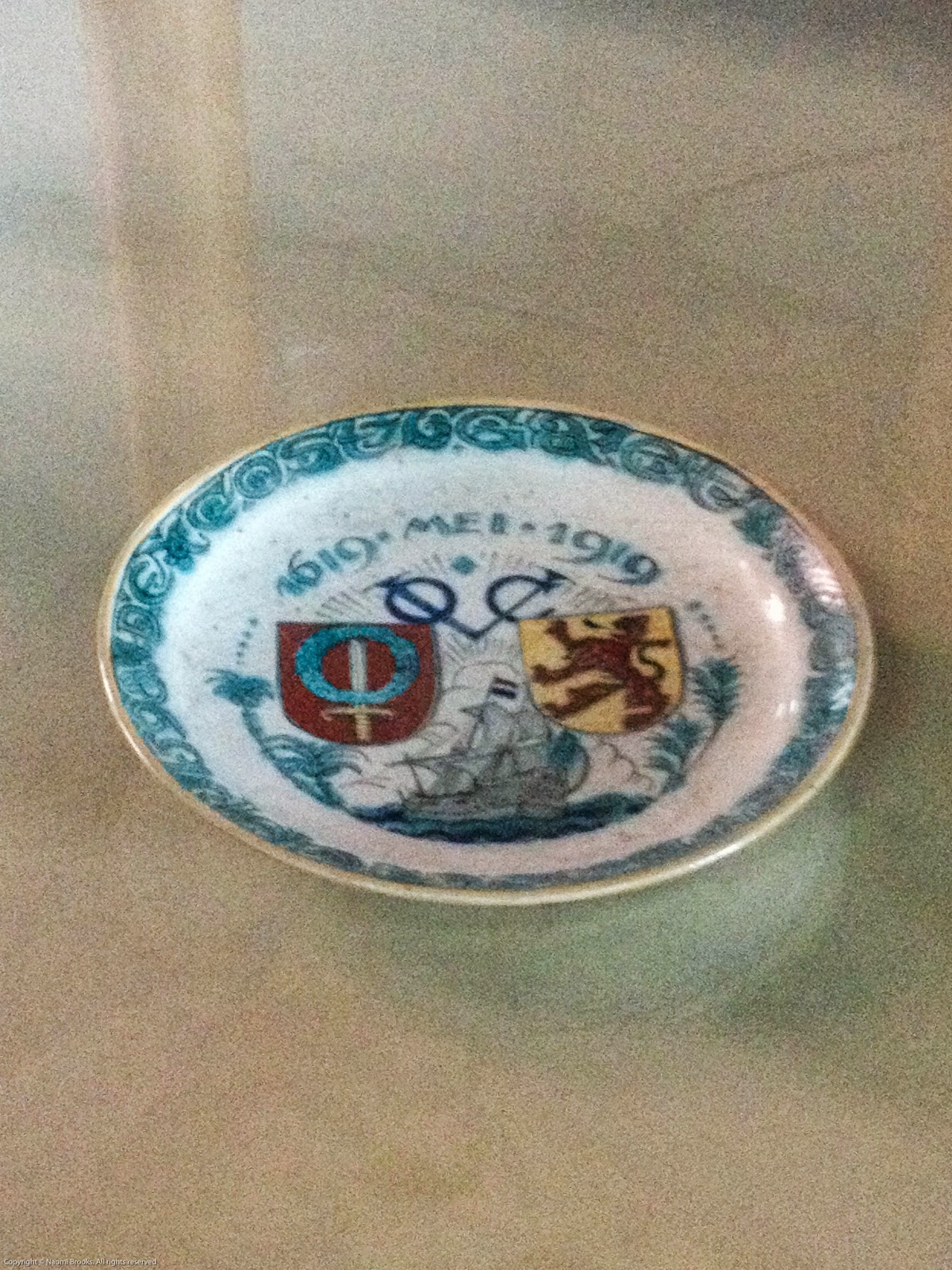 My first stop was Fatahillah Square, which houses a number of museums, some great old buildings, lots of street stalls and performance artists who even provide props so you can take your photo with them. I'm there too early for this spectacle, only a solo artist dressed up as a Dutch lady in crinoline is present when I wander through, have my breakfast and continue north to Sunda Kelapa port. 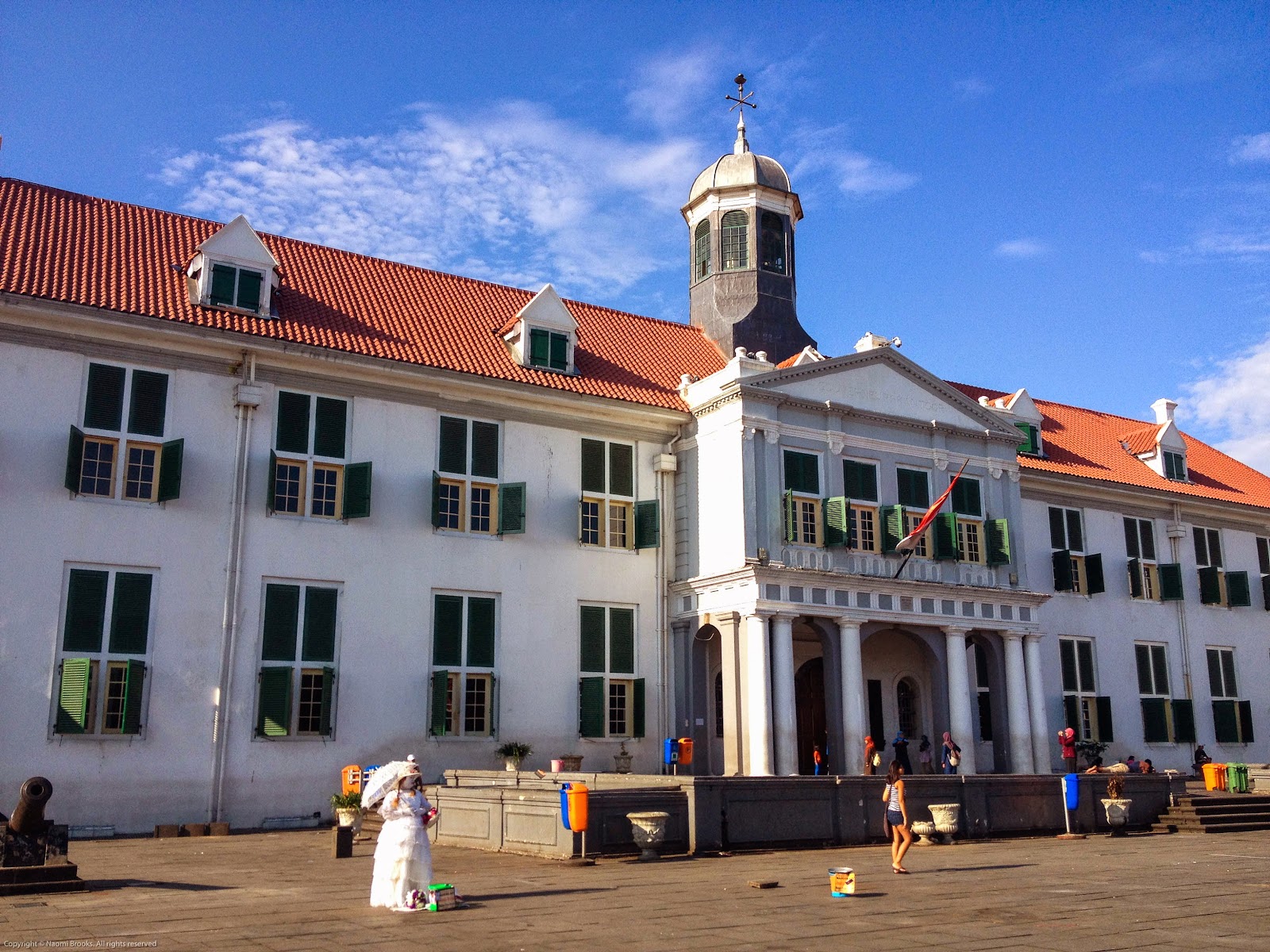 This port (entrance fee 2000Rp) is the original port for Jakarta, but is too small and shallow for large commercial shipping, which was moved to Tanjunk Priok to the east back in the late 1800s. It still operates, however, as a domestic shipping port for the wooden pinisi that ply the Indonesian archipelago. It's also a tourist attraction, with quite a few other, mostly domestic, tourists yielding some impressive cameras. I shouldn't have worried about bringing mine, but instead, I made do with the iPhone, and am happy with my shots. 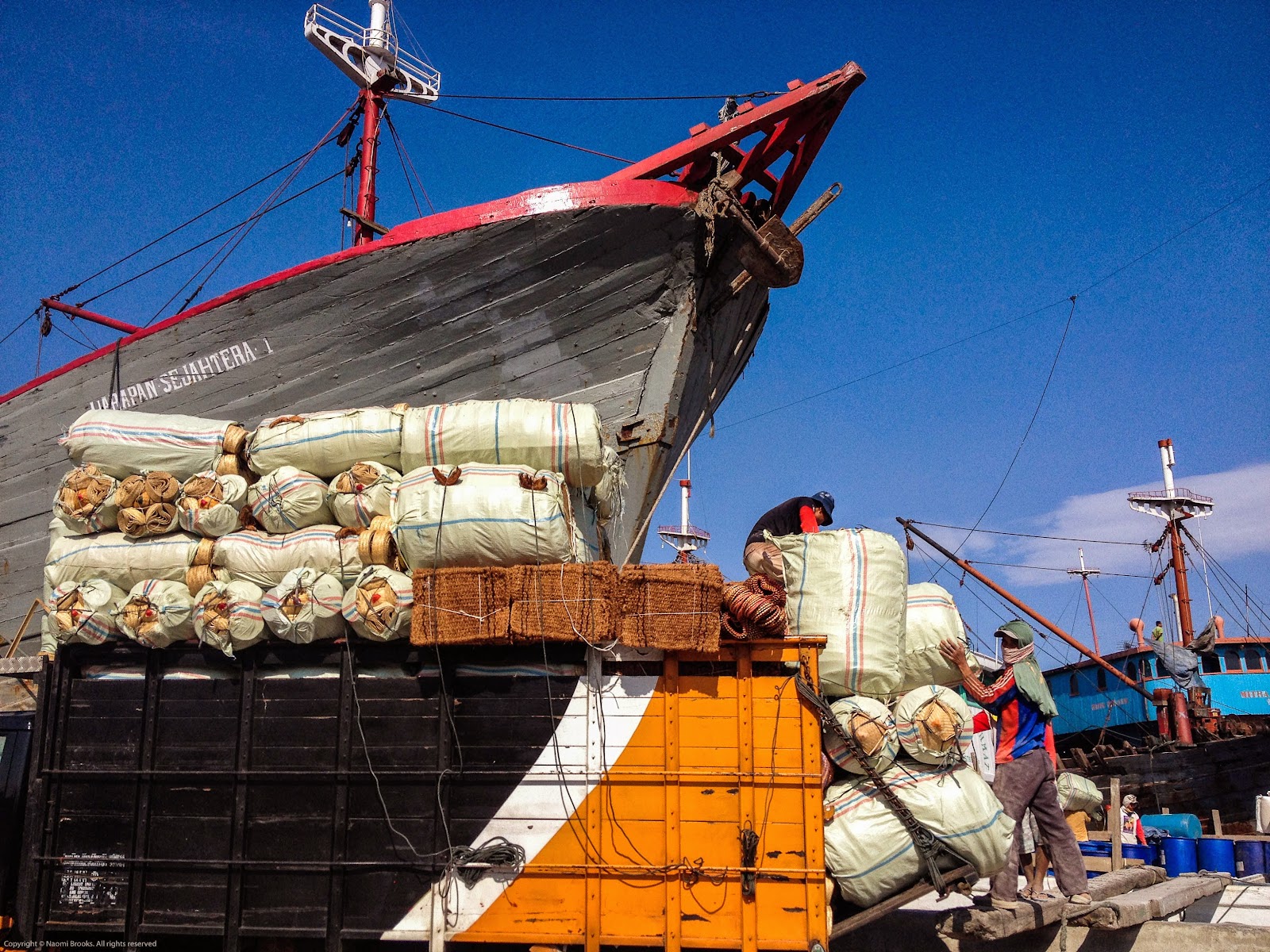 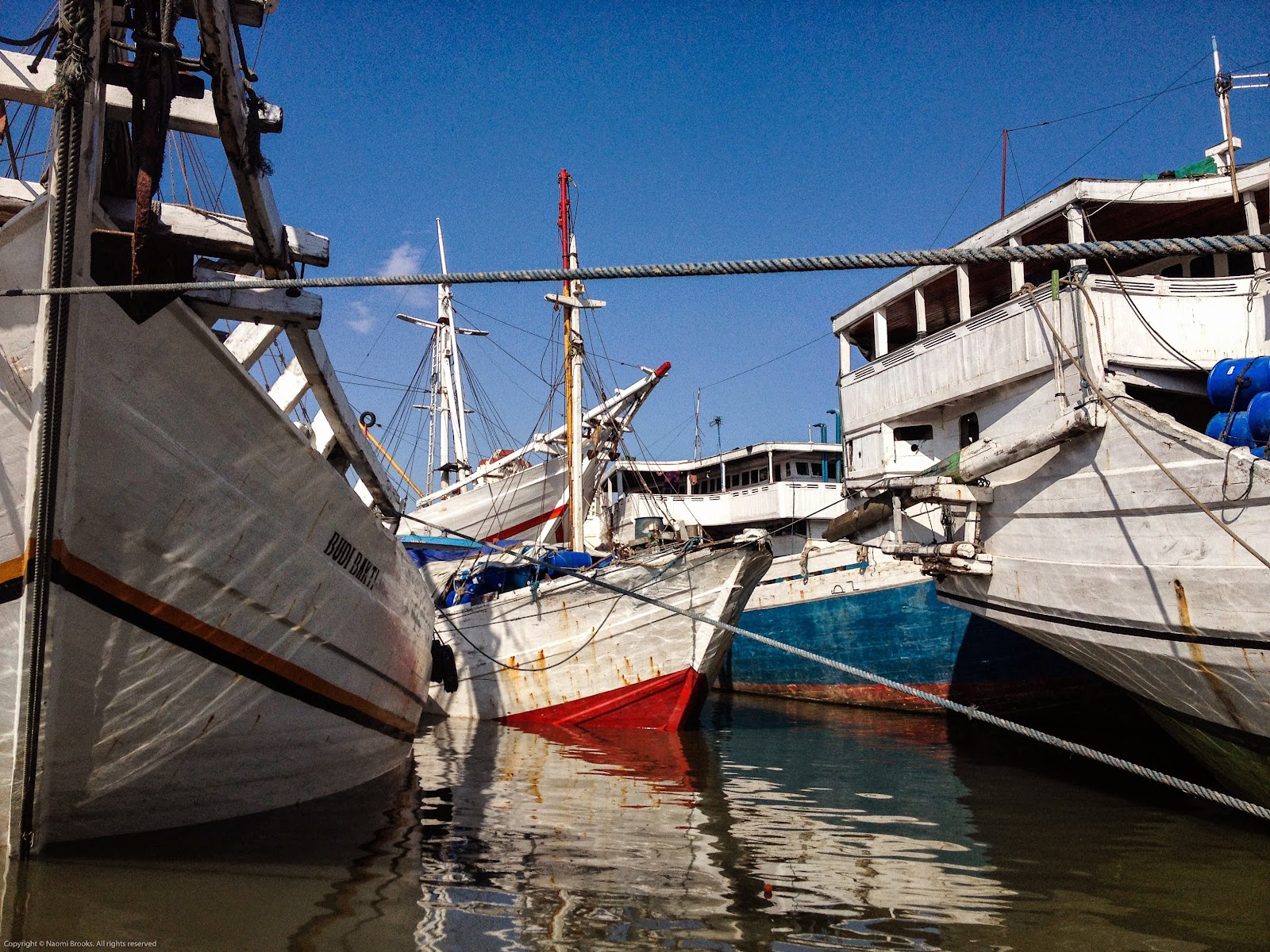 On the other side of the river is the old watchtower and the Bahari Museum (entrance for both 5000Rp), which is housed in old Dutch warehouses. It's pretty cool, and has quite a lot of good information about the ports and history, as well as some really interesting stuff about traditional boat building throughout the archipelago. It's a bit of a rabbit warren, you really need to explore because it's a bit schizophrenic. The information boards that chronicle Jakarta's maritime and port history are in both Indonesian and English (a bit of a rarity) but are scattered around one room in no chronological order even though they actually tell an historical account. There are some huge warehouse floors completely empty, others have replica boats in them. There's also a fun life-size diorama display on the history of maritime sailing throughout the world, including the Chinese, the Arabs and the European explorers. Dampier, Cook and Bligh even make an appearance. 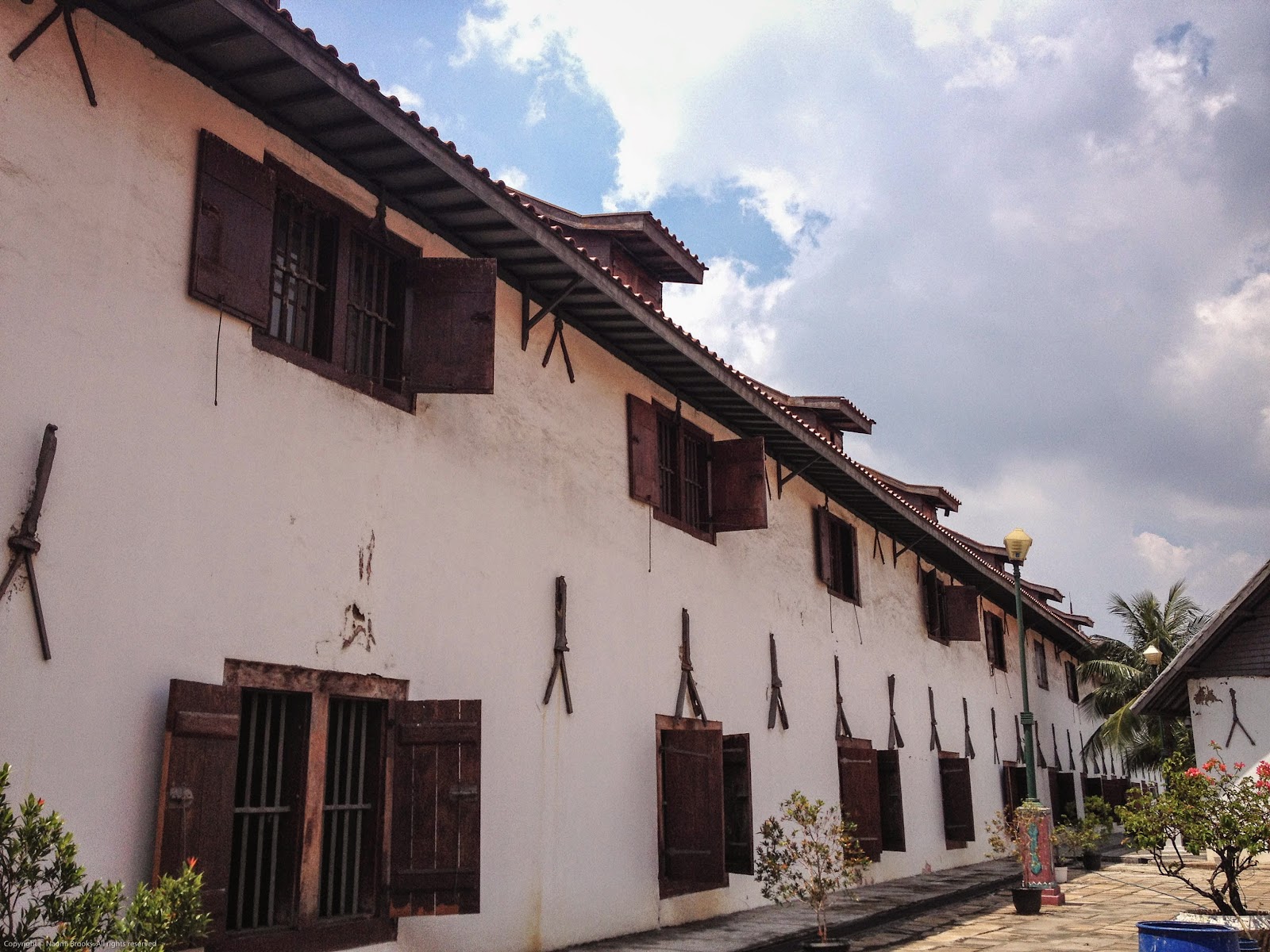 After the Bahari Museum I head south again, following one of the canals, which is a filthy smelly thing lined with old houses and warehouses which are falling down. It would be good to see this area restored and turned into a tourist district, but instead it just decays beyond redemption. You can certainly understand why the Europeans later moved out of the district to higher ground, it feels unhealthy... 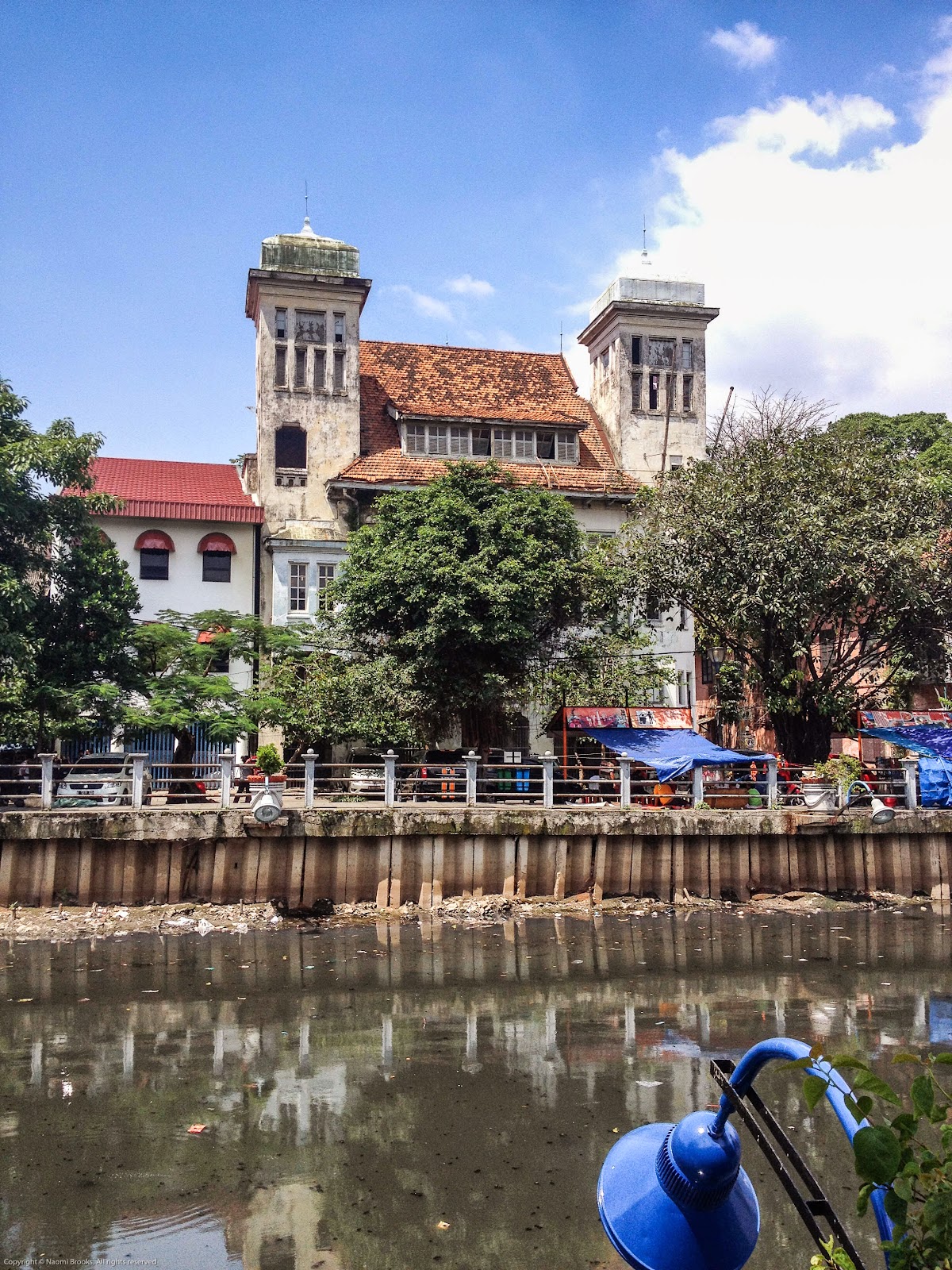 One of the few Dutch buildings that has been restored is Toko Merah, or the red shop. It's now a bank office. There's also an old drawbridge over the filthy canal, and there's quite a bit of restoration work going on in the Square itself. 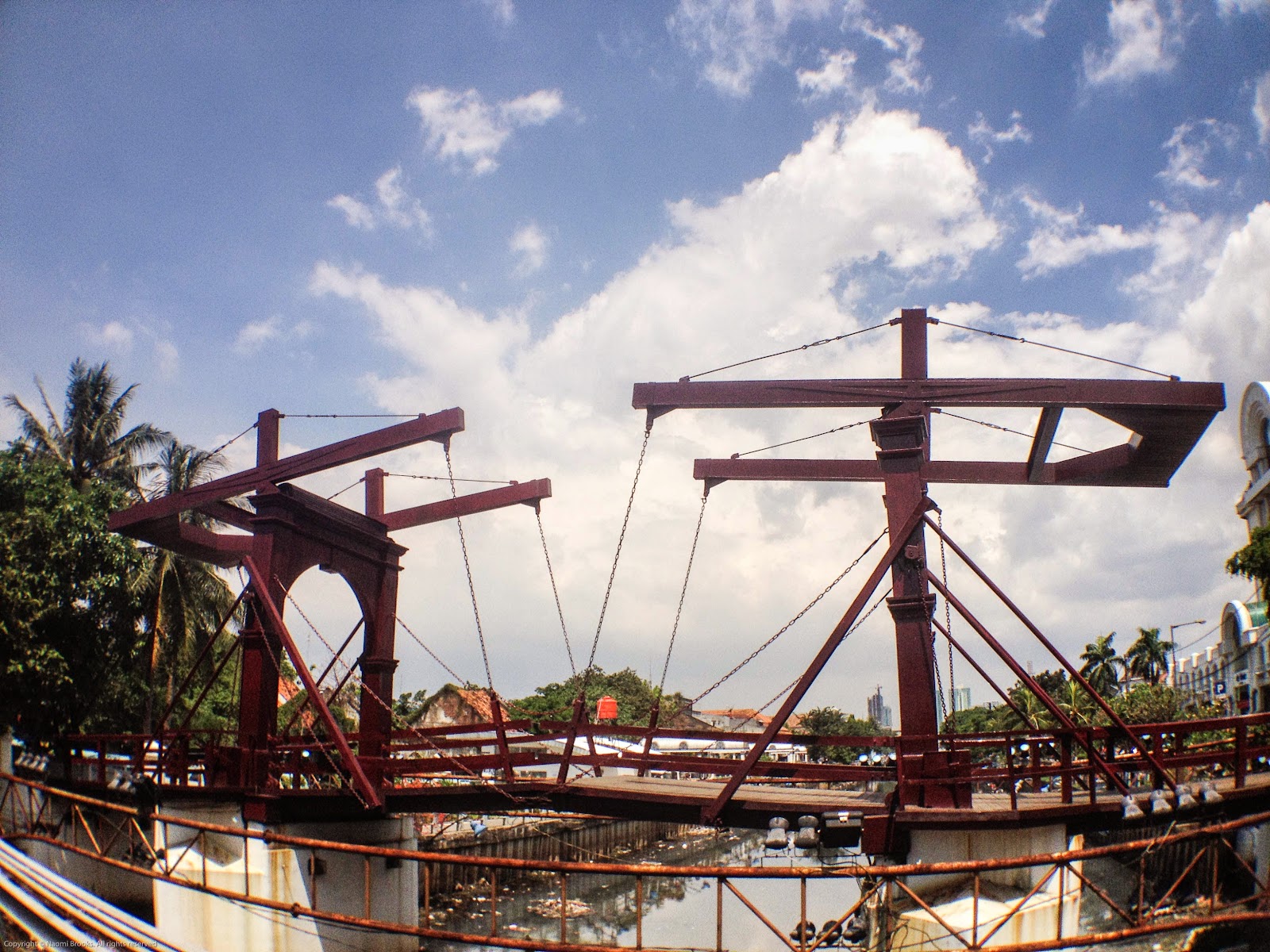 Back in Fatahillah Square it's now teeming with life. Lots of performance artists, some acrobats, caricaturists and street sellers. Quite the Saturday afternoon in the city. I head over to the history museum, housed in the former residence of the Dutch governor back in the day. It's also undergoing renovation, and most of the exhibitions are in storage, which is a bit of a pity, but for an entrance fee of 5000Rp (or 50c) you can hardly get upset. Plus I use the (free) toilet while I'm there. They have quite a few pictures of the renovation work they've done, and I'm pretty happy they're doing it, because the building was getting very run down and it's good to see some heritage being valued. 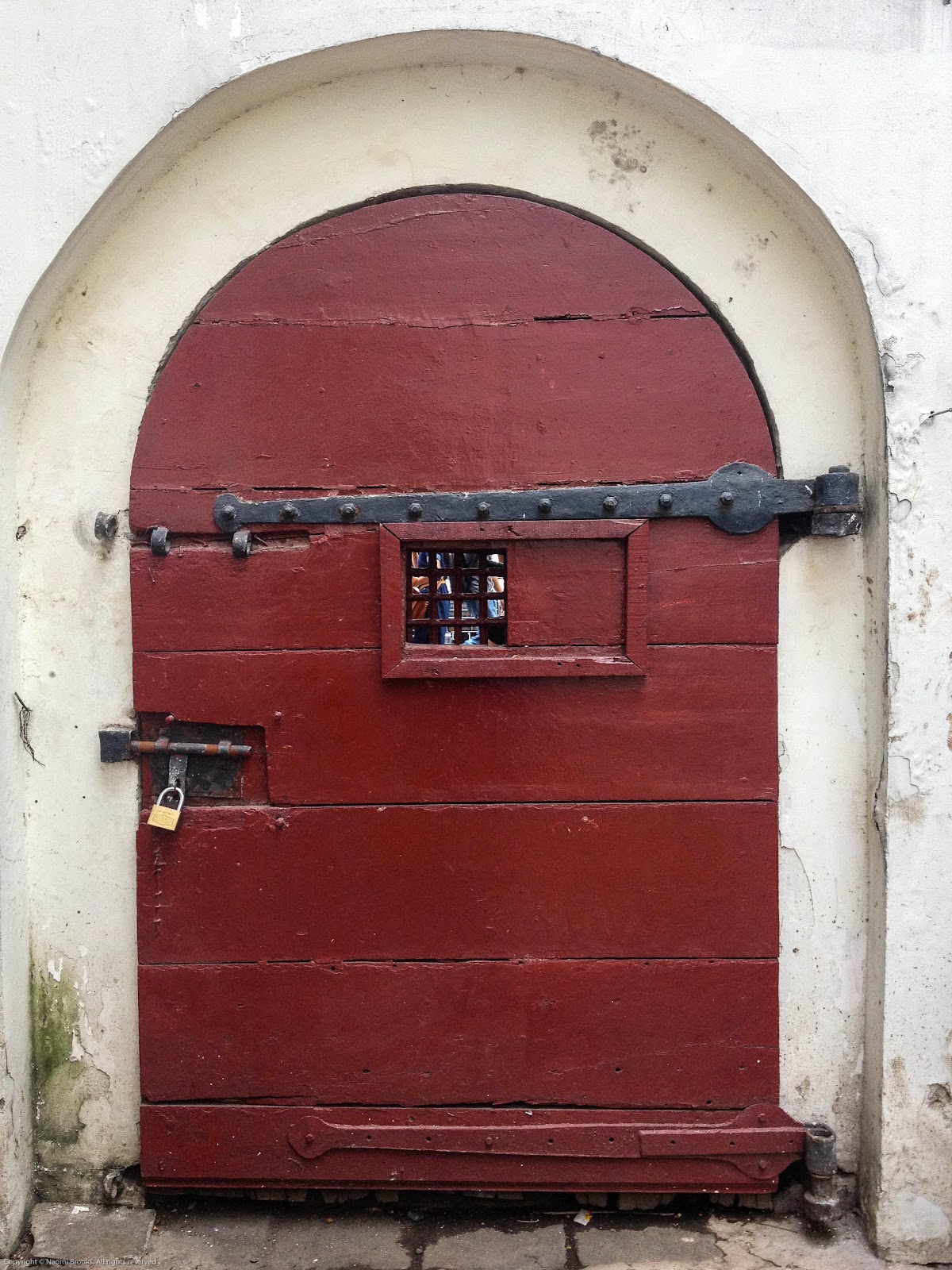 Next after the history museum is the puppet museum. Wayang, or puppet theatre, is a big part of Javan culture, and there are variations in the puppets and stories enacted throughout the island. There's a little bit of puppetry in Sumatra, but the rest of the archipelago use mainly masks and costumes in their storytelling. They've also a collection of puppets from other countries - they have French puppets donated by Francois Mitterand's wife, and puppets from Vietnam, India and China, and even a couple of Punch and Judys. 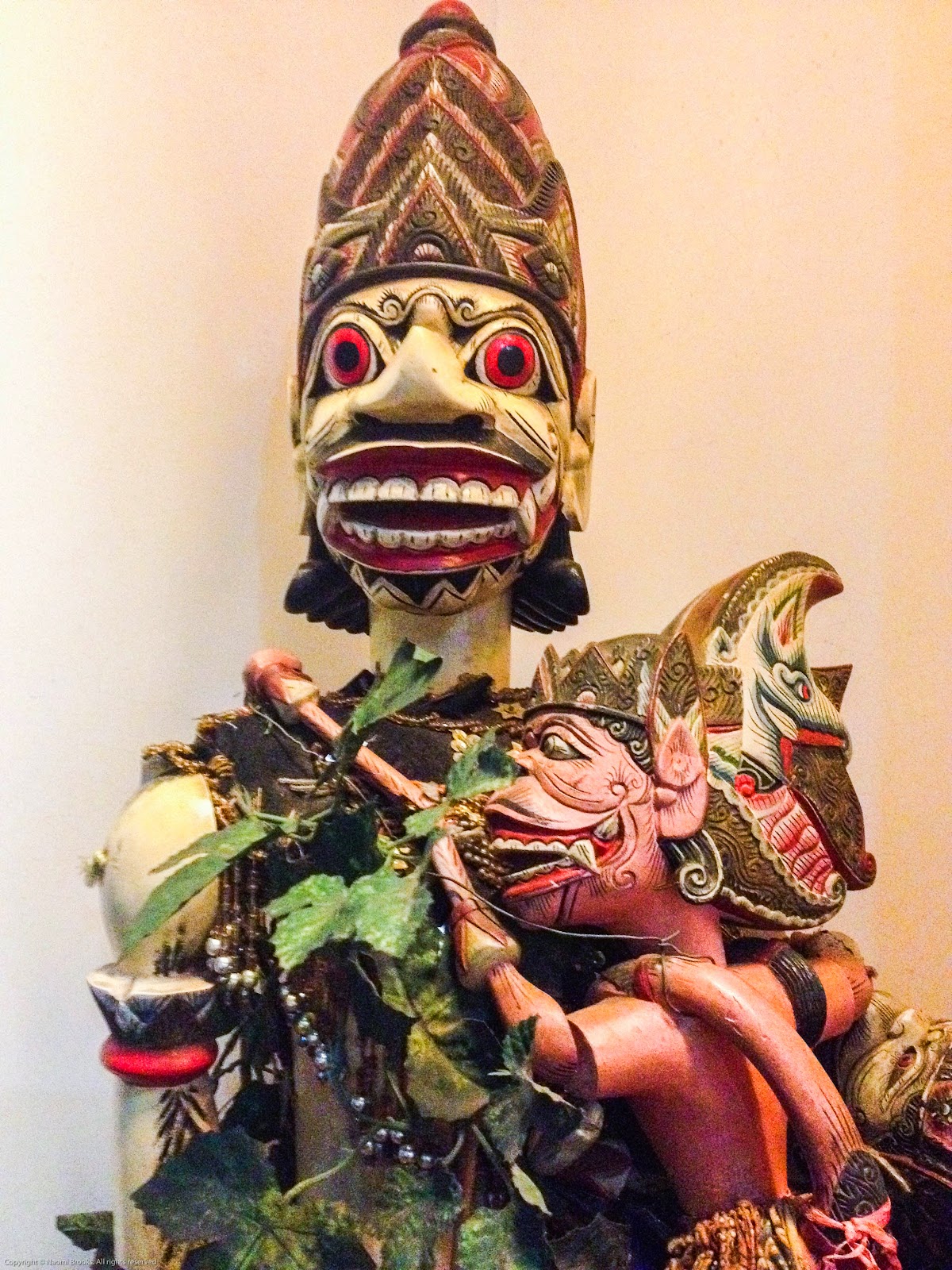 By the time I have finished in the puppet museum (5000Rp entrance fee) there is a massive thunder and lightning storm unleashing itself on Jakarta. The square is now completely empty of people, and all the canopies and umbrellas are sheltering crowds hiding from the rain. I wait a while then make a dash for the Batavia Cafe, a very flash pub on one corner of the Square. I'm looking forward to enjoying an ice cold beer, but a perusal of the price tags sees me heading out into the rain again to find a cafe offering beer at a more reasonable price. If I'd been with friends it may have been worth the cost for the atmosphere - there's a live band playing some jazzy/cabaret numbers and it feels very colonial - but 60,000Rp before taxes for a beer is just a ripoff! And don't get me started on what they were charging for food. More than back home!!

Instead I enjoy a quiet Heineken at a cafe next to the museum, where a beer only cost 25000Rp after taxes. It comes cold, with a chilled glass to pour it into. Well worth waiting 2 weeks for it.

Alcohol isn't so easily available in Moslem dominated Java. It does get sold in some supermarkets but isn't freely available around the street stalls and warungs where I usually eat. There is a bar not far from where I'm staying but it's often full of tour guides, I've been told, which is why I have been avoiding it. So far I've had one guide turn up at the guesthouse being friendly and helpful, but my bullshit radar is pretty well tuned to working out who is being helpful for the money, and who is being genuinely friendly. Now that I speak passable Indonesian (it's still pretty crap but enough to have halting conversations with people and get around without English) I'm less tolerant of those sprucing overpriced tours that I could do myself. So I sacrifice having a cold beer because I really don't want to deal with the bullshit.

After my refreshing beer I head back out into the drizzle and walk back to Jakartakota station and take the commuter train back to Bogor. My iPhone battery has not lasted the day, even with me putting it on flight mode so it's not using battery life finding phone signals. Without a spare battery it's not an option to travel with just the phone as my camera, but it's not a bad alternative for short trips. The Olloclip gives me a little more versatility, especially for wide angle shots.

Back in Bogor I receive a call from Agus, whom I met in Cilegon. We go see a movie - Captain America - and for 2 hours I could be anywhere. OK, the Indonesian subtitles give it away, but it's such an ubiquitous experience to be in a large movie theatre watching a Hollywood blockbuster that it's a little disorientating to discover where I am when the lights go up at the end.

Agus gives me a lift home, but we get a little quagmired trying to get there, as the market we pass has transformed into a huge roadside vegetable market twice the size it is during the day. I am gobsmacked, this market goes 24 hours! 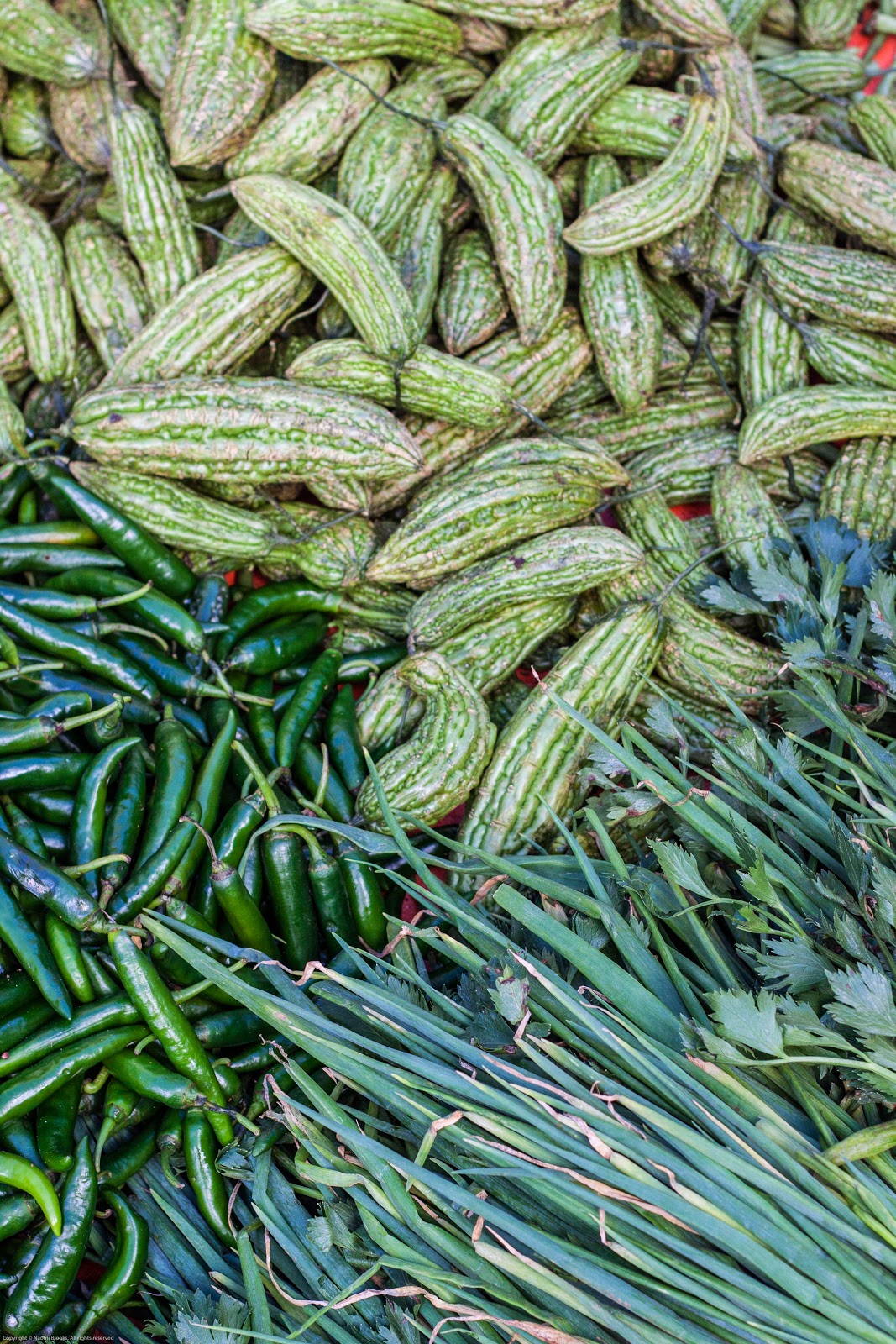 I may just have to spend more time here taking photos...

The rest of the Jakartakota photos are here