Remember when I went to Shangri-La? A town in China said to be the place that a novelist made up in a novel he wrote in a rainy flat in London? Well today I visited another mythical place: Atlantis! 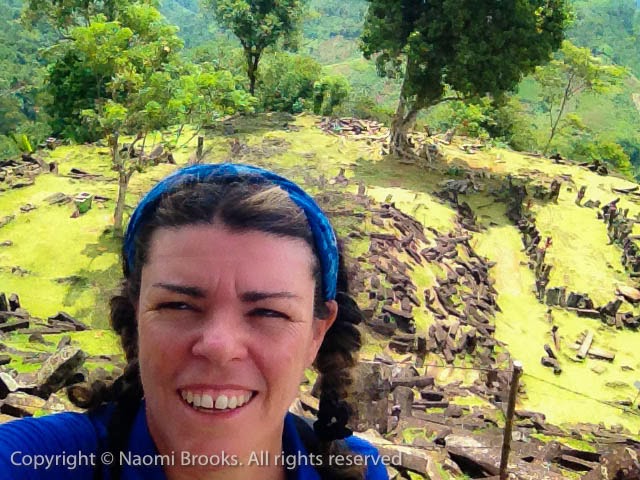 I'm always amused by believers. People who decide a particular thing and then find the evidence to prove their belief. Of course any evidence that disproves their belief is immediately discarded as manufactured or corrupt. A typical, rather dangerous, example is the anti-immunisation lobby, but the Atlantis believers, well I think they're pretty harmless.

So, Plato writes about this great lost civilisation of Atlantis. Apparently it's not fiction, it's fact. Hmm... Then in 1914 or thereabouts, some Dutch people find this ruin on a hill in Cianjur region and discover it's quite old. Megalithic old. The locals, of course, have known about it for eons, and it's considered a bit sacred by them, but in general, this place just stays hidden, and continues to not be that well known about outside the region. Then recently some further research is done, including some core sampling, that identifies that the site is even older than first imagined. Maybe as old as.....Atlantis!! Yes, you can see the leap of faith here can't you? 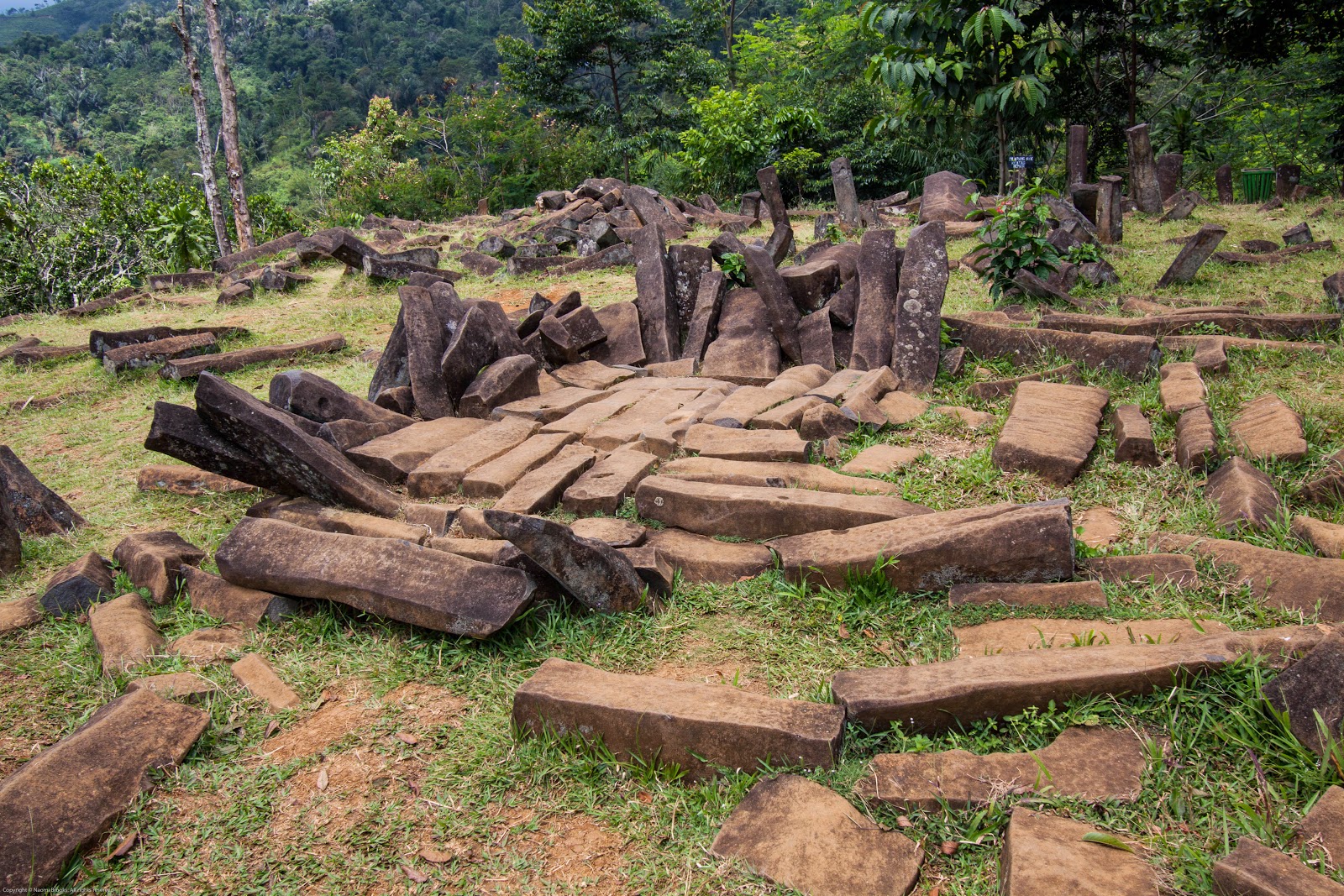 I'd heard about Gunung Padang from my internet surfing, because it doesn't feature in guidebooks. It is, however, well known locally. Big signs at the highway turnoff, and on other turns along the way mean that anyone making their way there by private transport could not possibly get lost. I however, took public transport. 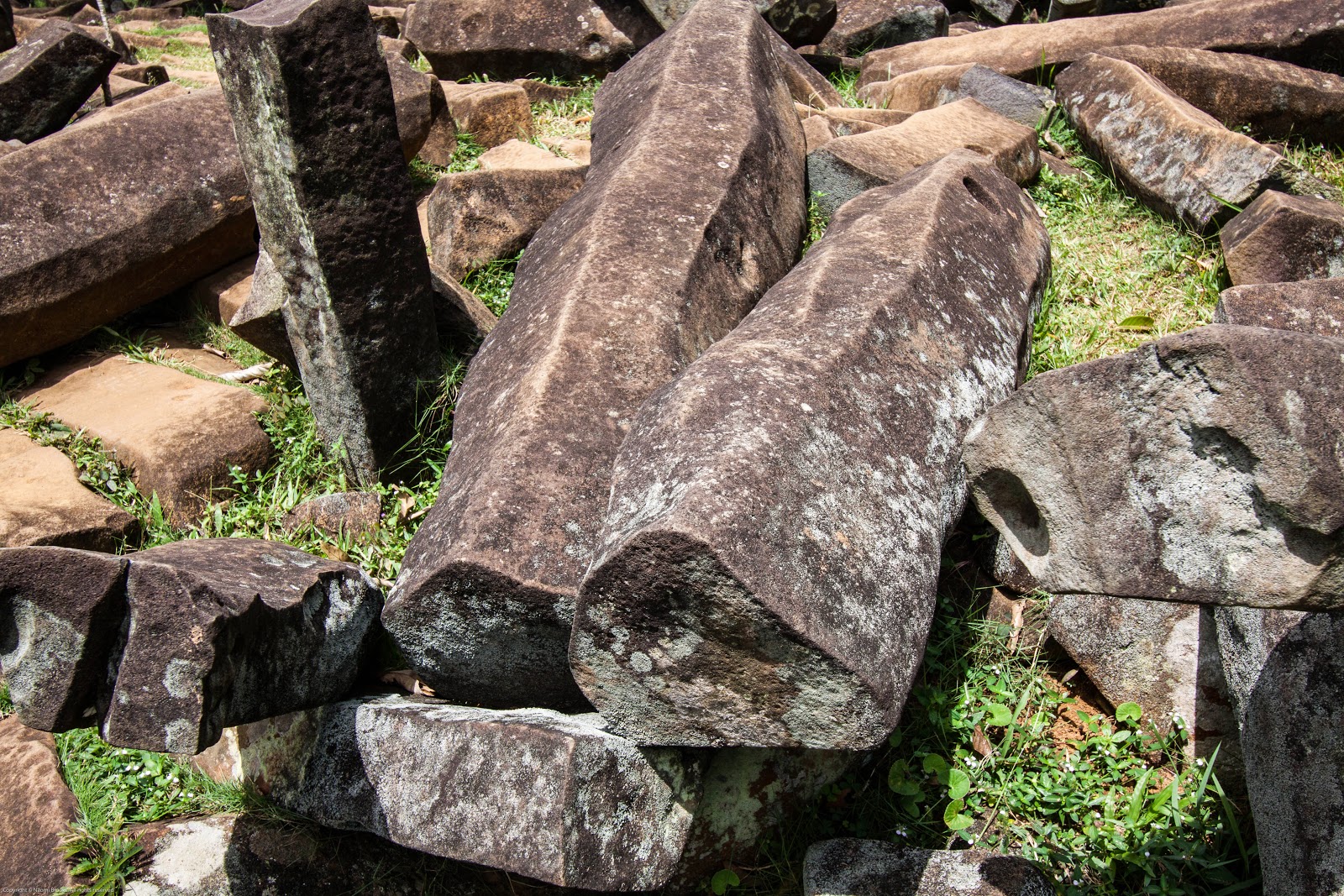 On the angkot down from Selabintana I met a wonderful woman my age named Yugi. She has a farm in Selabintana and a house in Bandung, where she was returning to, so I joined her for a while on the same bus. She showed me where to get off at Warungkambong village (there's a big sign saying "Gunung Padang Megalith Situs" peeps, you can't miss it) and also told me which bus to take from Cianjur for my next destination. People like Yugi who are so friendly and helpful are why I love Indonesia so much. Yugi has even invited me to stay with her in Bandung, which I'd love to at some stage, but for now I have had to pass. 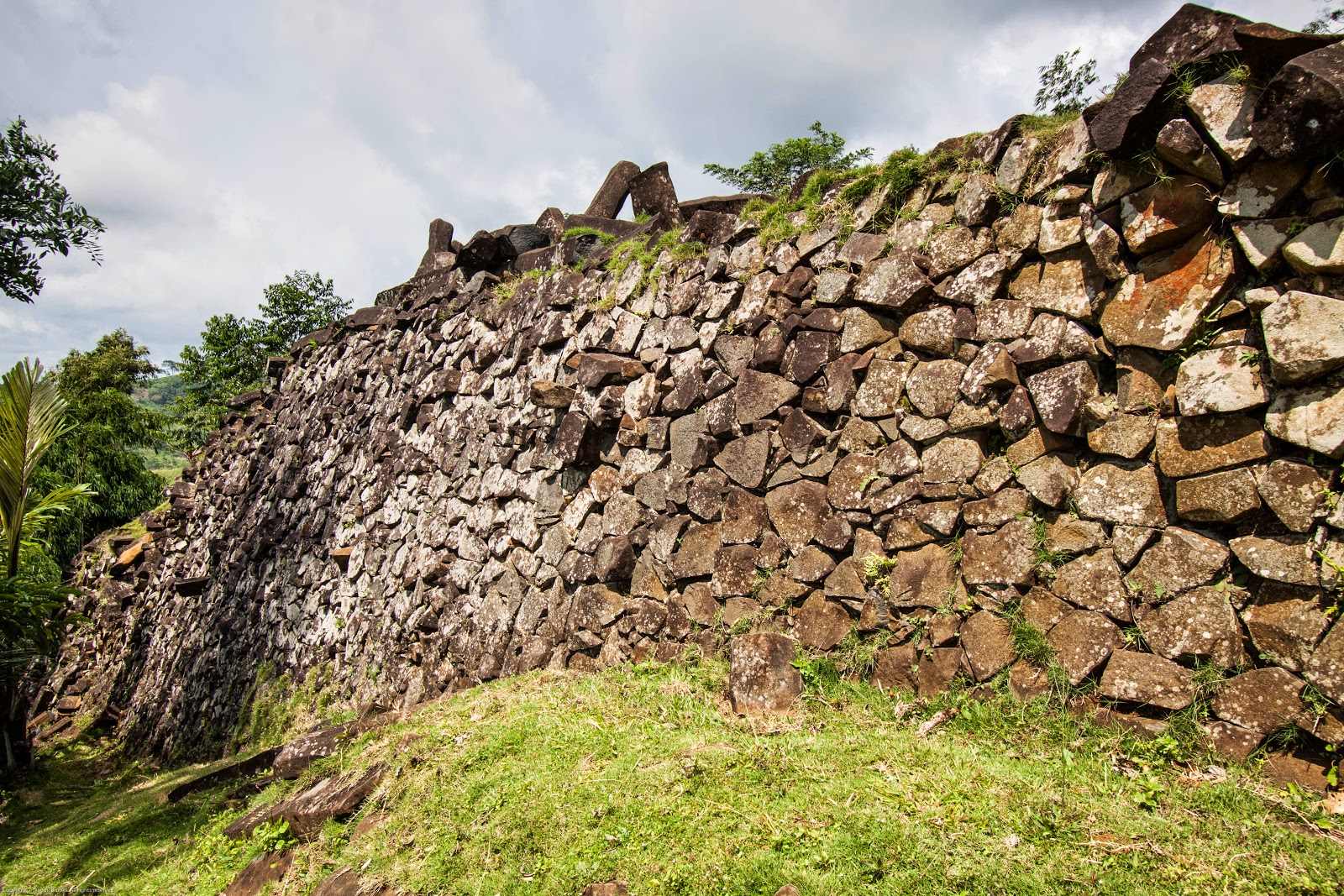 From Warungkambong I took an ojek to Gunung Padang. This cost me 150,000Rp for the return trip. We also stopped in at Lampegan Station, because I'd heard it was an old abandoned colonial railway station with a tunnel you can walk through. No more peeps, it's a fully functional railway station, with trains connecting Cianjur with Sukabumi and Bogor three times a day. This train line has only been active again since the start of this year. There's still disused line between Cianjur and Bandung, I'm assuming the locals wouldn't mind if that got rehabilitated as well! So it's totally possible to take a train to Lampegan, from Cianjur, Bogor or Sukabumi and only then have a short (therefore much cheaper!!) ojek ride to the site. 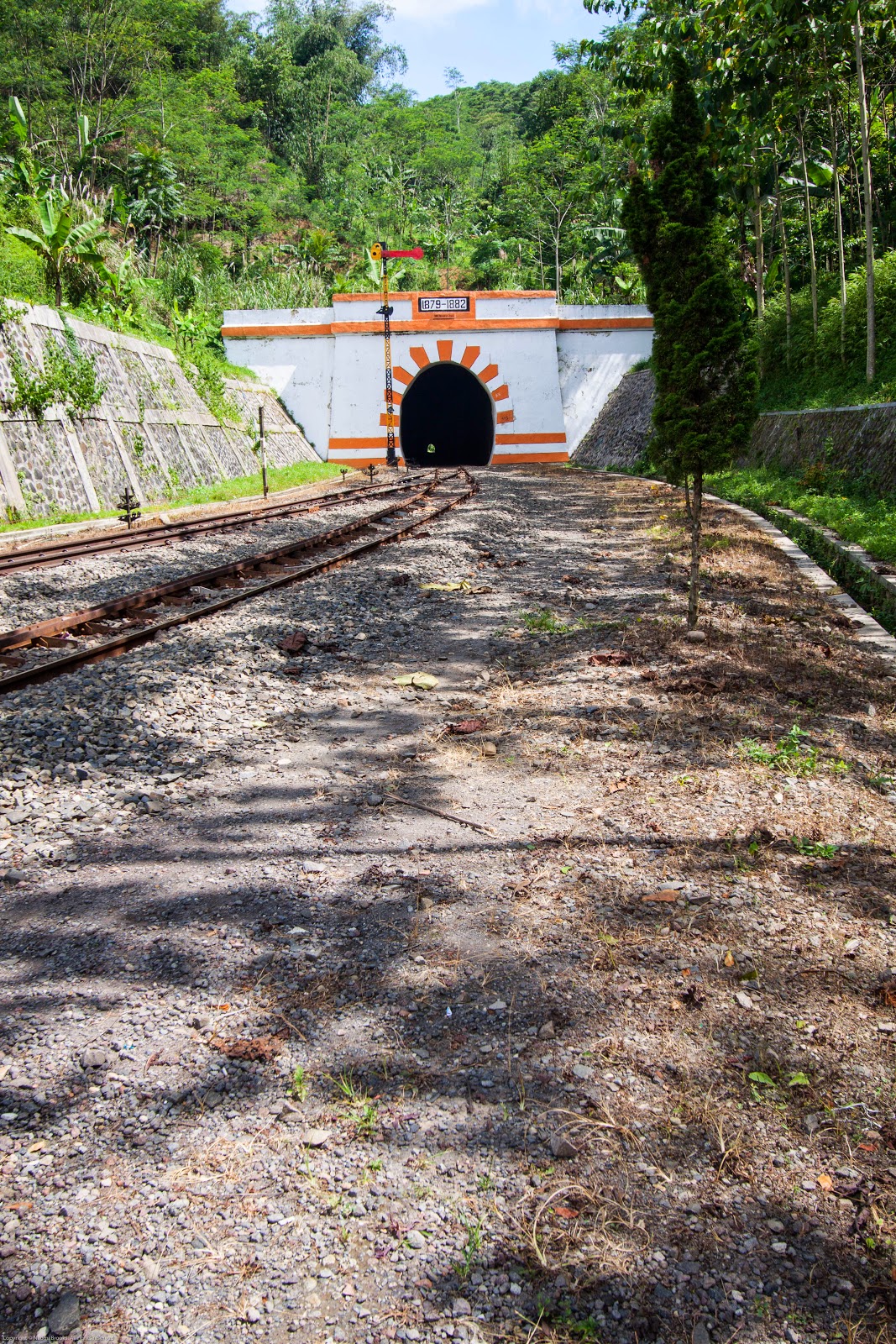 The ojek ride is quite scenic, the final bit through tea plantations, but the road is the usual potholed nightmare. Sitting on the back of a bike is not very comfortable, though it's a great way to see the countryside. 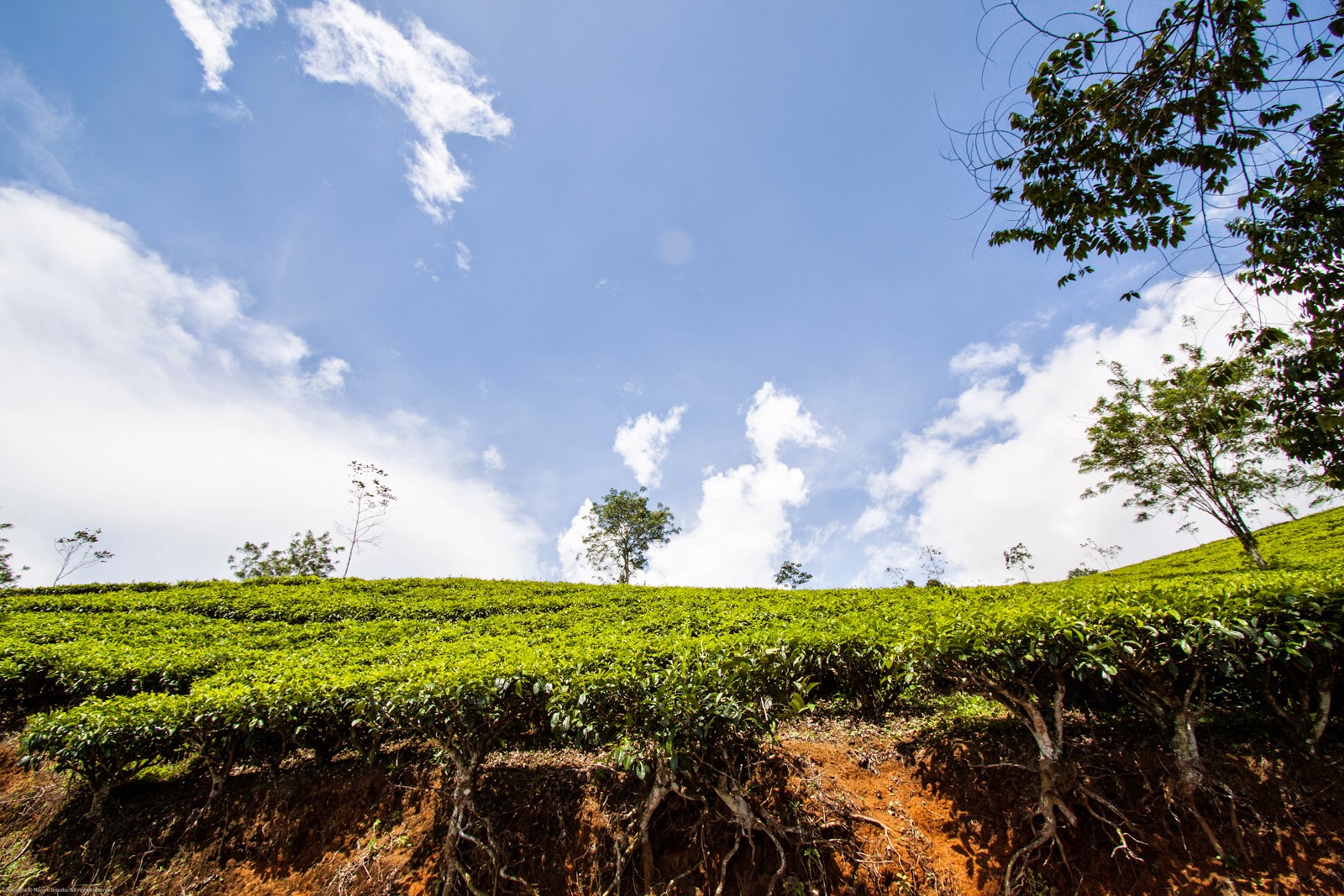 There's a little infrastructure at the site itself - some pictures and diagrams about some of the research done there, concrete steps up to the site and viewing platforms. Entry fee is 5000Rp for foreigners and I choose to climb the less steep, but less dramatic concrete steps. There's two tiers of stones visible, and there's one theory that the entire hill is a man made pyramid. Since only the top two tiers are visible, and the rest of the hill is covered in vegetation, it's a little hard to really get the scope of how big this might actually be. I'll let the pictures speak. 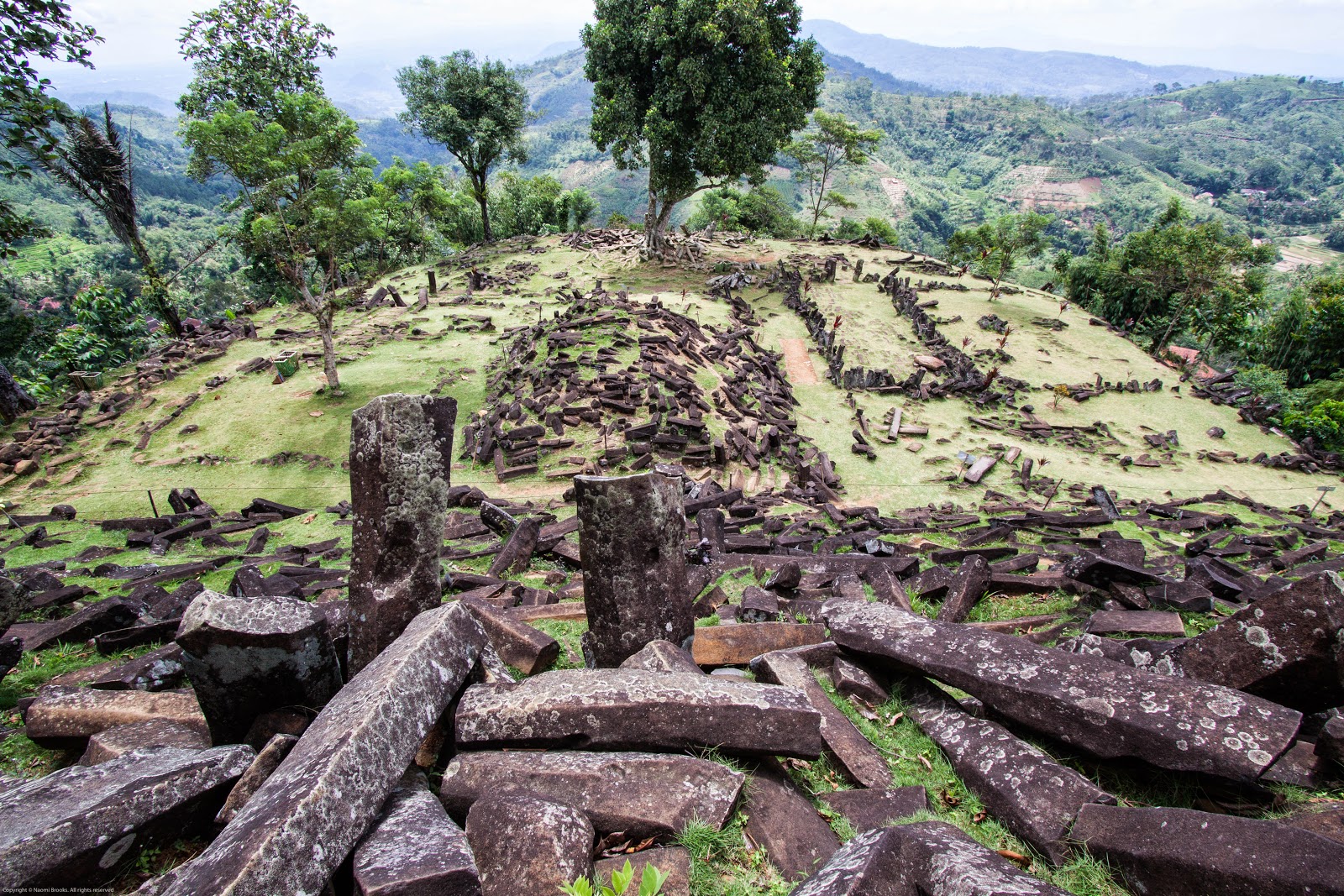 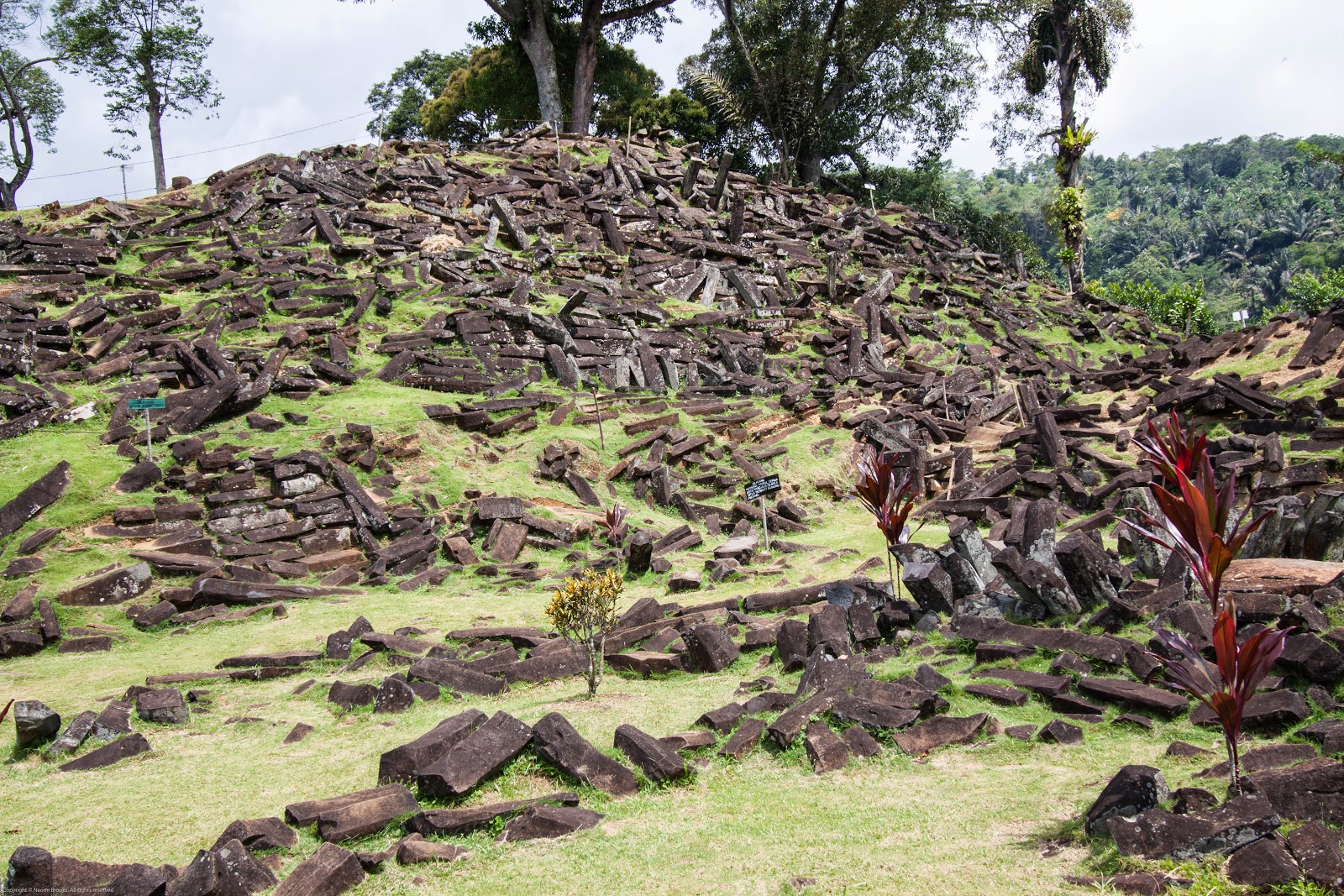 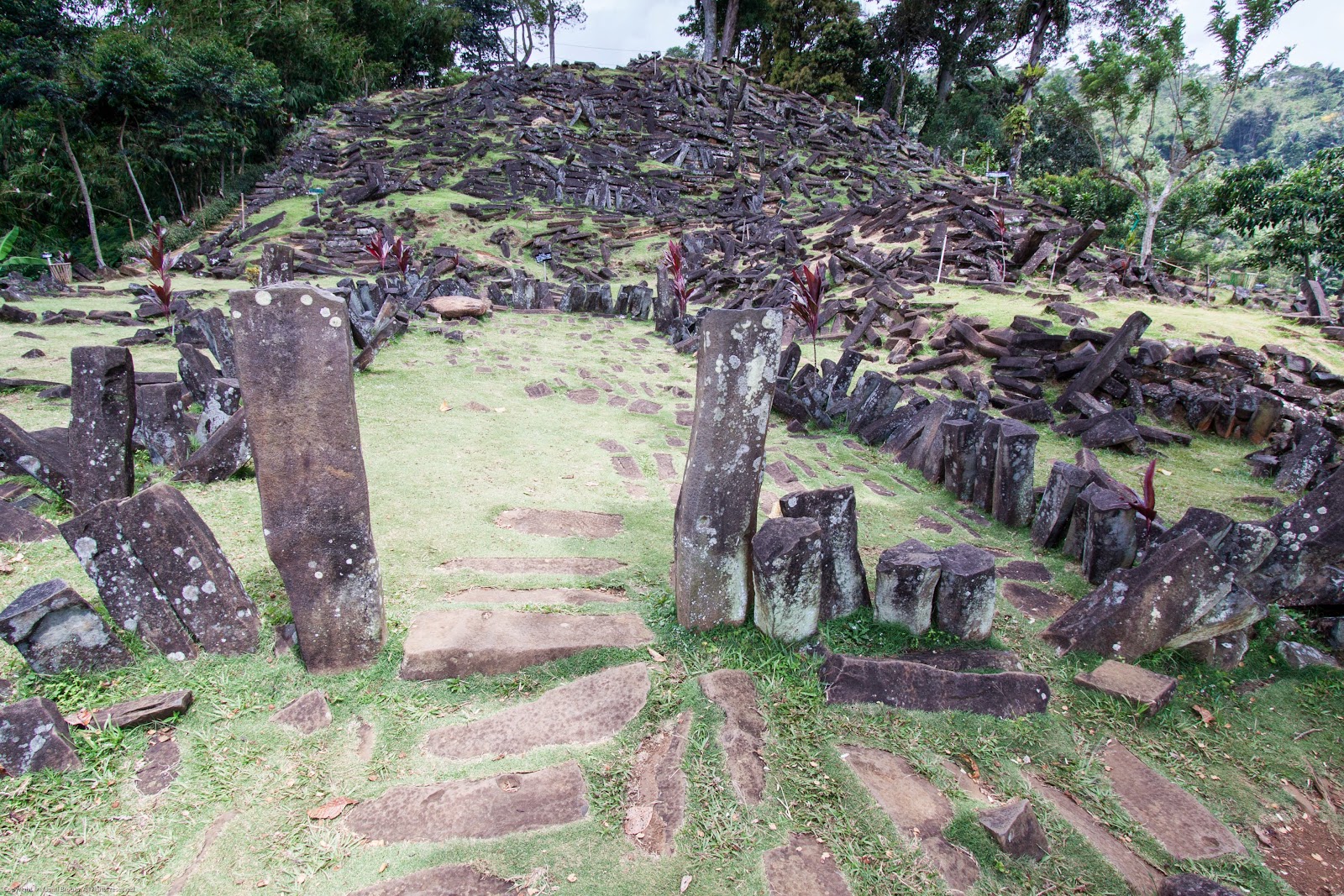 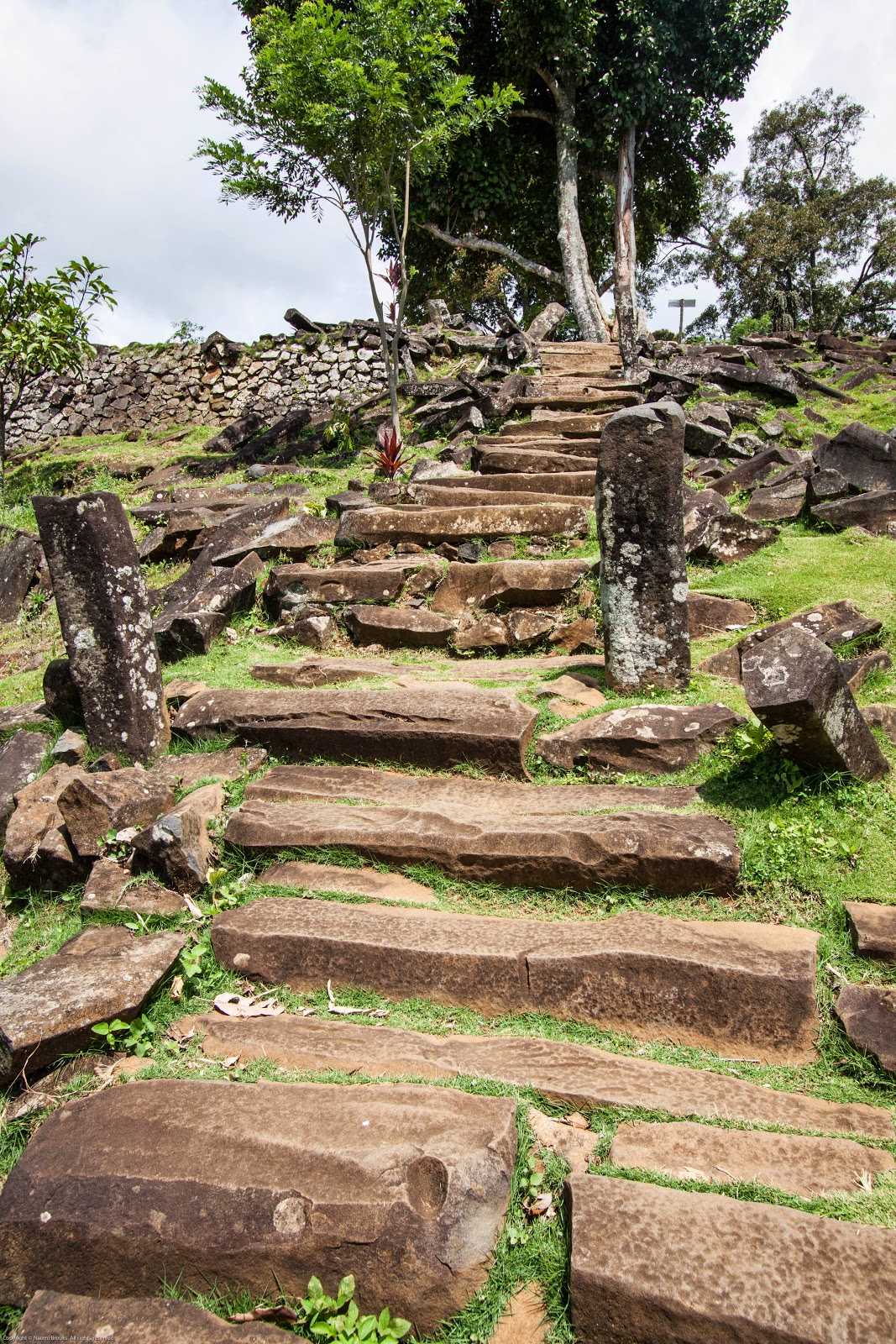 For my descent I take the steep steps, made from the basalt rocks from the site, and return back along the long bumpy road on the motorbike to the highway. From there I take an angkot to Cianjur and then a bus to Garut. They drop me off at the Cipanas turnoff and I take an angkot up to the hot spa village. My room has hot water for the first time in Indonesia! What luxury! 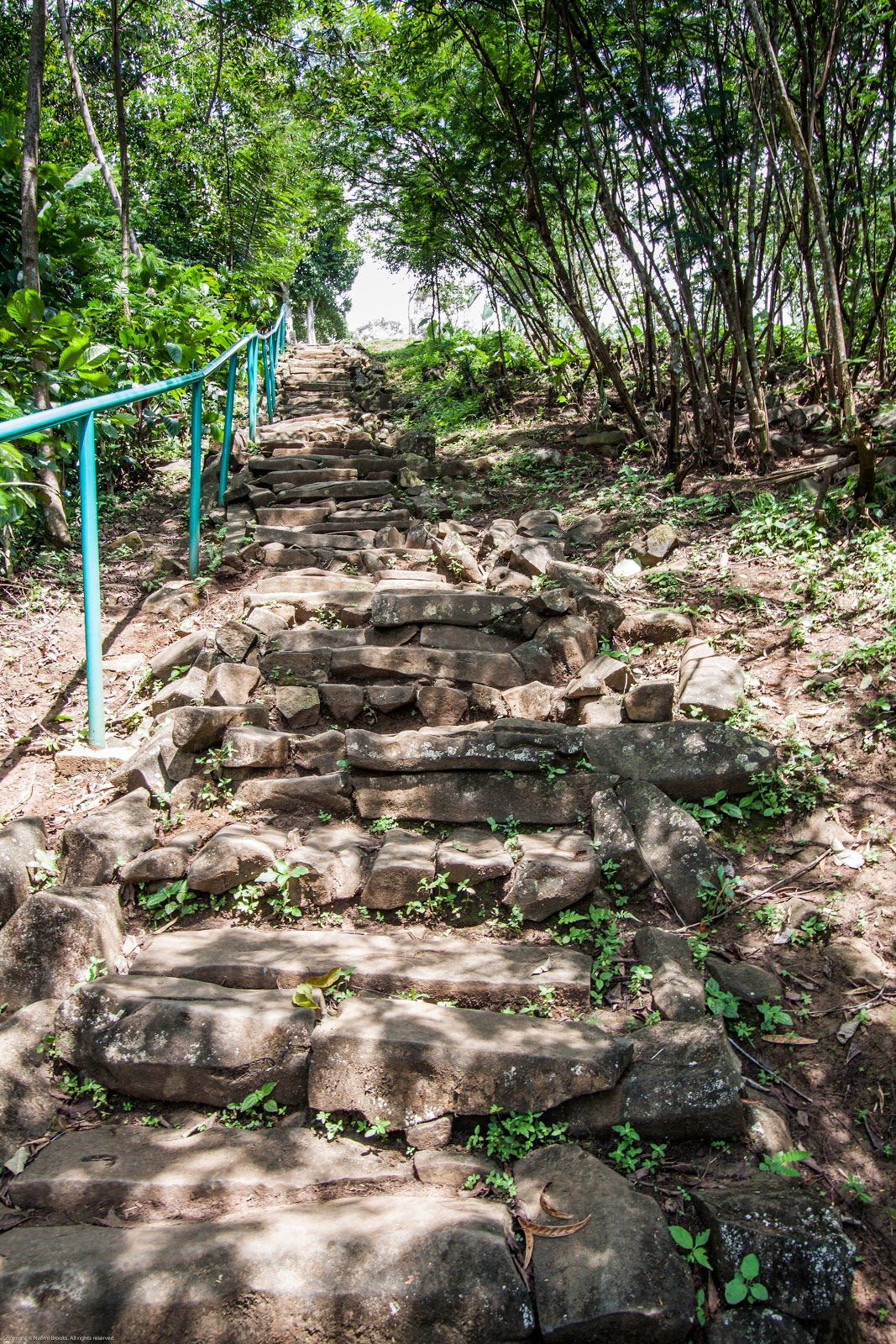 Trouble is, I hate the place. That's next...